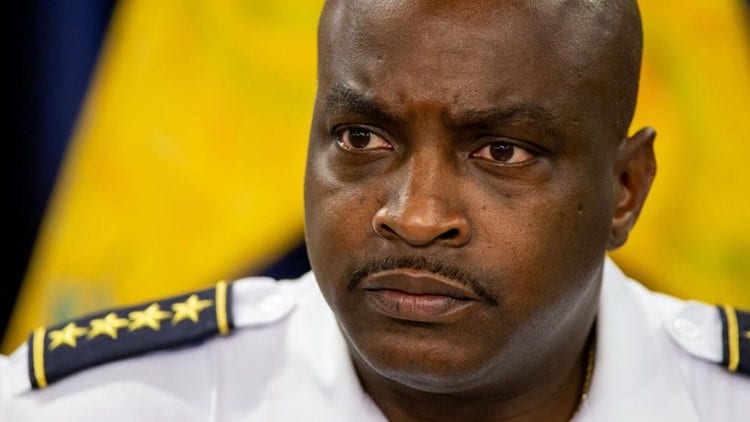 Amid mounting pressure, New Orleans Police Superintendent Shaun Ferguson will retire from his position at the end of this year, according to a statement from Mayor LaToya Cantrell.

“The City of New Orleans will soon bid farewell to a great leader, a great partner and a great friend. After 24 years of dedicated public service to the City of New Orleans, Superintendent Shaun Ferguson will retire at the end of this year. He gave this city his very best – the safety and wellbeing of each and every resident and visitor was always his top priority,” Cantrell said in a statement on Tuesday.

Ferguson was named chief by Cantrell in January 2019 to replace outgoing Chief Michael Harrison, who had accepted the job as police chief in Baltimore.

“You can repair the hull of the Titanic over and over, but if the captain keeps driving it into an iceberg, nothing will change,” Morrell said.

Morrell is one of many in New Orleans who are upset with the direction the “Big Easy” is taking under Cantrell’s leadership in light of a recent spike in crime and criticism of Cantrell’s travel spending.

“The resignation of Chief Ferguson marks another loss to the New Orleans Police Department, a department that continues to hemorrhage amidst record-breaking crime in the city,” Bayou Mama Bears founder Laura Cannizzaro Rodrigue told Fox News Digital. “Chief Ferguson accepted this position while the NOPD was under a federal consent decree, a decree that remains in place, continues to cripple the department, and will be remembered as one of the greatest failures to our city. The Mayor will now appoint a new police chief, but until the federal consent decree is removed, we are merely rearranging furniture on the Titanic.”

In September 2022, New Orleans overtook St. Louis as the murder capital of America as the city sees a 141% increase in homicides when compared to recent years.

According to data from the Metropolitan Crime Commission, an organization that tracks crime and also tries to bring it down, there have been 52 homicides per 100,000 residents as of Sept. 11, 2022.

Fox News Digital has reached out to Ferguson and Morrell for comment.

Sarah Rumpf is a Fox News Digital Production Assistant. You can reach her on Twitter at @rumpfsarahc