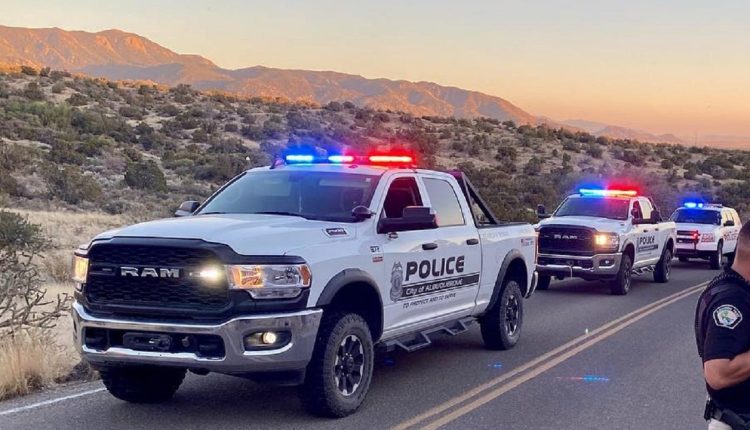 A family’s Thanksgiving festivities took a turn after a New Mexico man was arrested Thursday after allegedly stabbing his wife to death and dismembering her body.

Relatives had found Karlan Denio, 62, lying in bed with his wife Connie’s body on the floor ahead of the family’s Thanksgiving meal. They then called police and Denio was taken into custody Thursday afternoon and charged with first-degree murder, according to a criminal complaint obtained by the Albuquerque Journal.

Denio’s brother was the first to arrive at the Denio home ahead of the family dinner, where he found he was unable to get inside and was unable to get in touch with Denio. He then called his sister who contacted local authorities about the strange circumstances. Police notified the siblings they could not force their way into the home.

The siblings then drove to the Denio home together, where they tried knocking on doors and windows while they waited for police to arrive, according to KOB4. They were finally able to enter the home via the garage.

Denio’s sister noted the house was dark inside upon entering the home where she then found her brother near her sister-in-law’s body.

File photo of downtown Albuquerque, New Mexico after four people were stabbed over the weekend.
(Daniel A. Leifheit/Getty Images)

“Karlan looked at her, at which point [she] backed out of the residence and called police again,” the complaint read.

BRONX MOM BLASTS NYC CRIME AFTER TEEN DAUGHTER IS SHOT ON THANKSGIVING: ‘IT’S OUT OF CONTROL’

Shallow depth of field image taken of yellow law enforcement line with police car and lights in the background.

Responding officers noted they found Connie’s body “dismembered and disemboweled” in the bedroom. Denio was taken to a nearby hospital for cuts to his leg and neck.

Haley Chi-Sing is a Fox News Digital production assistant. You can reach her at @haleychising on Twitter.