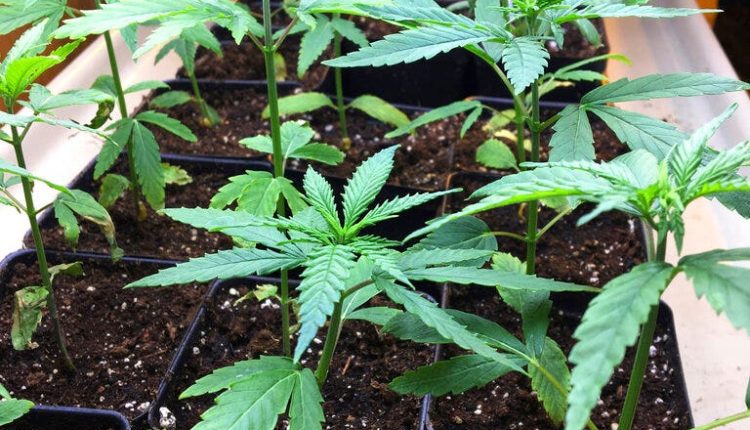 An addiction counselor who helped defeat a marijuana legalization proposal in North Dakota four years ago has launched a fresh opposition group seeking to do it again this November.

Kristie Spooner announced her group, Healthy and Productive North Dakota, less than five weeks before Election Day and after some major funders of the 2018 opposition had announced they would sit out the 2022 fight.

The measure would allow people over age 21 in North Dakota to use and possess up to 1 ounce of marijuana and grow up to three marijuana plants.

“Kristie and other people in North Dakota were really concerned about the measure,” said Luke Niforatos, who helped Spooner launch the group. “We didn’t see an organized effort take hold sooner, so we’re doing it before it’s too late.”

Cannabis seedlings grow under lights. A North Dakota addiction counselor has formed a group to oppose marijuana legalization in the state.
(AP)

The group had raised just $750 as of Thursday, from Niforatos’ contribution as executive vice president of Smart Approaches to Marijuana, a Virginia-based political organization against marijuana legalization. But he said the group hopes to raise at least $200,000 to put toward digital, radio and billboard advertising.

A different group that supports legalization, The New Approach, has raised about $550,000, treasurer Mark Friese said.

Niforatos said he wasn’t concerned by the cash disadvantage.

“I don’t think we necessarily need to outrace our opponents to beat them, because 60% of North Dakotans voted against this just four years ago.”

ND WOMAN CONVICTED IN DEATH OF HER HUSBAND, PROSECUTORS SAY WAS RESULT OF LOVE TRIANGLE

Legalization proposals also are on the ballot so far this fall in South Dakota, Missouri and Maryland.