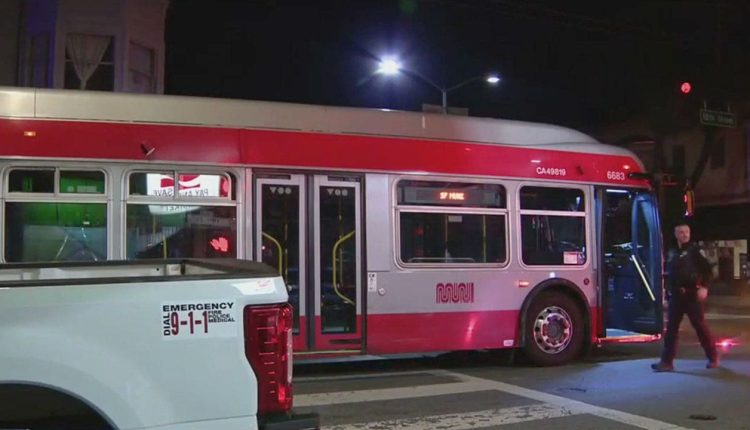 Cops said the bus was taken by force at Mission and Cortland streets. It did not have passengers on it at the time, and the driver was able to exit.

The bus hit approximately 10 vehicles as the suspect drove to the area of 19th and Guerrero streets where the bus came to a stop and officers took him into custody.

A driver in one of the vehicles suffered a non-life-threatening injury.

Police identified the suspect as 36-year-old Rickey Dancy, according to the San Francisco Chronicle. He was also taken to the hospital with non-life-threatening injuries.

NEWSOM WON’T CHALLENGE BIDEN IN 2024, SAYS HE IS ‘ALL IN’ ON PRESIDENT’S RE-ELECTION

“Dancy was booked in a San Francisco County jail and slapped with about 17 charges including felony carjacking, felony evading an officer with willful disregard, and felony DUI causing injury,” the New York Post reported.

Motive for the bus hijacking now known at this time.
(KTVU FOX 2)

A witness said the bus read “EMERGENCY CALL POLICE 911” on its display rather than the bus line identifier.