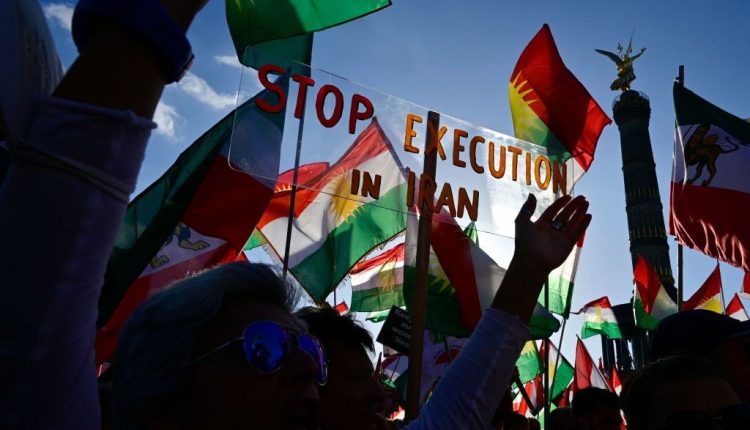 DUBAI, United Arab Emirates — Iran said Thursday it executed a prisoner convicted for a crime allegedly committed during the country’s ongoing nationwide protests, the first such death penalty carried out by Tehran.

The execution comes as other detainees also face possible death penalty for their involvement in the protests, which began first as an outcry against Iran’s morality police and have expanded into one of the most serious challenges to Iran’s theocracy since its 1979 Islamic Revolution.

Read More: The Women of Iran Are TIME’s 2022 Heroes of the Year

Activists warn others could be put to death as well soon since prosecutors say at least seven people so far have received death sentences over their involvement in the demonstrations.

The “execution of #MohsenShekari must be me with STRONG reactions otherwise we will be facing daily executions of protesters,” wrote Mahmood Amiry-Moghaddam, the director of the Oslo-based activist group Iran Human Rights. “This execution must have rapid practical consequences internationally.”

Read More: What to Know About Protesters Facing Execution in Iran

Iran’s Mizan news agency reported the execution. It accused the man of blocking a street and attacking a security force member with a machete in Tehran.

The Mizan news agency, run by the country’s judiciary, identified the executed man as Mohsen Shekari. It said he had been convicted in Tehran’s Revolutionary Court, which typically holds closed-door cases that have been internationally criticized in other cases.

Mizan said Shekari had been arrested Sept. 25, then convicted Nov. 20 on the charge of “moharebeh,” a Farsi word meaning “waging war against God.” That charge has been levied against others in the decades since 1979 and carries the death penalty.

Iran has been rocked by protests since the Sept. 16 death of 22-year-old Mahsa Amini, who died after being detained by the country’s morality police.

Is Tipping Getting Out of Control? Many US Consumers Say Yes