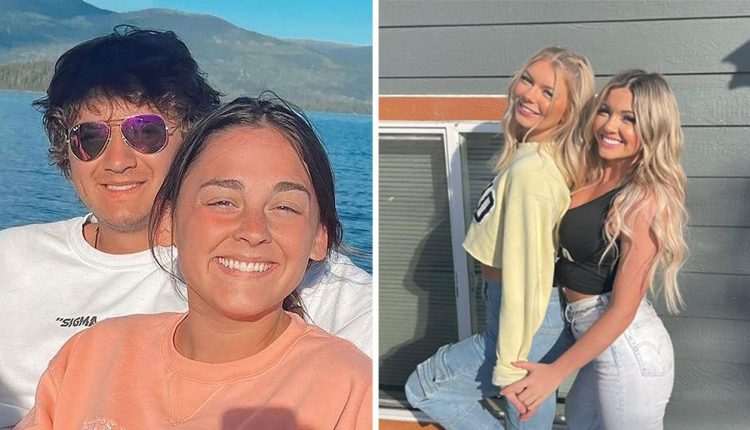 MOSCOW, Idaho — One of the four University of Idaho students killed by an unknown suspect earlier this month was spotted having a “normal” night out with her friends just hours before tragedy struck, a classmate and sorority sister recalled.

Madison Mogen, 21, spent much of the night of Nov. 12 at Moscow, Idaho’s Corner Club, where she was spotted “just laughing with all her friends,” said Madison Moye, a fellow student and neighbor

“It was just a normal night in Moscow,” Moye, a 21-year-old sophomore, told Fox News Digital on Monday. “Moscow is a safe place. Nothing like this ever happens … I didn’t think anything of it.”

UNIVERSITY OF IDAHO MURDERS TIMELINE: WHAT WE KNOW ABOUT THE SLAUGHTER OF FOUR STUDENTS

That was the last time Moye saw Mogen, who police said spent the night out with another one of the victims, 21-year-old Kaylee Goncalves.

Moye said Mogen was at the club, a hotspot for University of Idaho students, for “the majority of the night.” According to police, Mogen and Goncalves left the bar around 1:30 a.m. and went to a nearby food truck before returning to their King Road home at 1:56 a.m. on Sunday.

Tragedy struck later that day, when police received a call to the three-story home for a report of an “unconscious person” just before noon.

The victims’ injuries indicated they were stabbed in their sleep sometime between 3 a.m. and 4 a.m., and some signs showed the victims trying to fight back, police said. Investigators believe the killer used a single “fixed-blade knife” to carry out the crimes.

Two other roommates were on the bottom floor of the home at the time of the attack and survived, police said.

Aaron Snell, communications director for Idaho State Police, would not answer a question on Monday related to whether the surviving roommates had guests over at the time of the crimes.

IDAHO STUDENT MURDERS: POLICE SHOOT DOWN MORE RUMORS, BUT STILL NO ANSWERS AS KILLER REMAINS ON THE LOOSE

Police search a home in Moscow, Idaho on Monday, Nov. 14, where four University of Idaho students were killed over the weekend in an apparent quadruple homicide. The victims are Ethan Chapin, 20, of Conway, Washington; Madison Mogen, 21, of Coeur d’Alene, Idaho; Xana Kernodle, 20, of Avondale, Idaho; and Kaylee Goncalves, 21, of Rathdrum, Idaho.
(Derek Shook for Fox News Digital)

Police previously said they had canvassed local knife shops for any leads pertaining to the killer. Tuesday marked 16 days without police naming a suspect and without investigators recovering the murder weapon.

Goncalves, Kernodle and Mogen were said to have lived in the home at the time. The residence was located just a block from the University of Idaho campus perimeter, and within eyeshot of some fraternity houses.

Ethan Chapin, 20, Xana Kernodle, 20, Madison Mogen, 21, and Kaylee Goncalves, 21, along with the women’s two other roommates in Kaylee Goncalves’ final Instagram post, shared the day before the slayings.
(@kayleegoncalves/Instagram)

Police said Chapin and Kernodle spent the night of Nov. 12 at one of the fraternity houses, Sigma Chi, before returning to the King Road home around 1:45 a.m.

Speaking to Fox News Digital on Monday, Moye said she and two of the victims, Kernodle and Mogen, were members of the same sorority at the university, Pi Beta Phi. She said she had been to the home “every so often” before it turned into a crime scene, for events or when the girls would “hang out.”

Goncalves was a member of a different sorority on campus, she said.

Their deaths, Moye said, have “been really tough.”

“The Vandal community is really close, and it’s kind of just put a darkness over it,” she said.

She told Fox News Digital Mogen and Kernodle had dropped out of the sorority last semester, and therefore she had seen them less frequently in recent months. Spokespersons for the local and national chapters did not respond Monday to Fox News Digital’s request for confirmation.

A memorial for the slain students at the University of Idaho, Monday, Nov. 28, 2022, is covered in snow. The memorial is in honor of the victims of a quadruple homicide involving in an off-campus home on Nov. 13.
(Derek Shook for Fox News Digital)

The University of Idaho’s Pi Beta Phi chapter posted a photo of the girls on Instagram last week, with a caption that called Mogen and Kernodle “bright young women who had incredible futures ahead of them.”

“Maddie was the sweetest soul, who was passionate about every aspect of her life. She shared her brilliance with those around her. Xana was a magnet for positive energy and always radiated that energy back into the world,” the post stated. “We know others in our community are also hurting; we grieve with them and share the weight of their sorrow.”

Moye lives in a home behind the crime scene. She said she did not go to the home on the morning of Nov. 13, when police said officers arrived to find multiple people already inside.

When asked about the possibility that the killer might have passed through her yard, she responded, “It’s definitely something that’s crossed my mind and that’s really terrifying.”

She said she and many of her classmates typically walked to campus for class, and that she has often used a shortcut that passes through the parking lot behind the victims’ home.

WATCH: SECURITY ON CAMPUS AT THE UNIVERSITY OF IDAHO

As students returned to campus and classes on Monday, Moye said she is changing her habits and plans to carry pepper spray.

A single marked police vehicle was seen parked outside the home on Monday. The perimeter remains lined by crime scene tape more than two weeks after the victims were found.

Officials have called the attack “targeted,” but have not said who was the intended victim.

Police said Sunday they had received more than 488 “digital media submissions” via the FBI portal.

WATCH: STUDENTS BACK ON CAMPUS AT UNIVERSITY OF IDAHO

Idaho State Police Colonel Kedrick Wills said investigators had collected 103 pieces of evidence from the crime scene, and took an estimated 4,000 photos as of Wednesday.

He added that investigators had processed “over a thousand tips and conducted 150 interviews.”

A sign posted in a local diner in Moscow Idaho on Monday, Nov. 28, 2022, asks the public to look for clues in the quadruple homicide of four students from the University of Idaho.
(Stephanie Pagones/Fox News Digital)

The Moscow Police Department is urging the public to submit any images or information that they think could be important or useful to their investigation. They can do so by calling 208-883-7180, submitting tips through [email protected], and sending digital media here.

Authorities have also created a dedicated webpage related to the King Road attack.

Stephanie Pagones is a Digital Reporter for FOX Business and Fox News. Story tips can be sent to [email protected] and on Twitter: @steph_pagones.