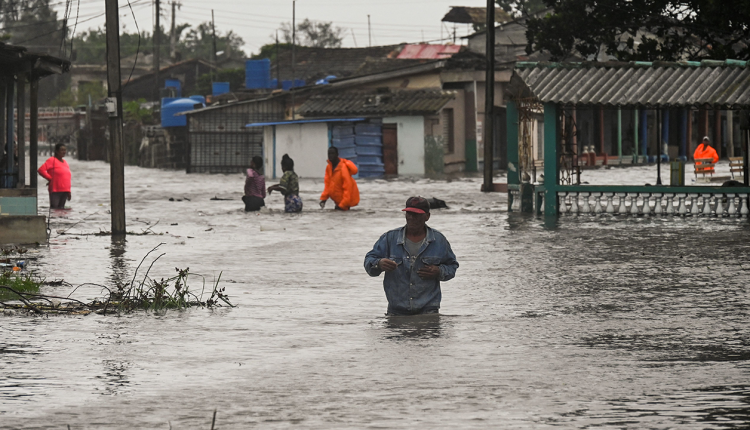 U.S authorities are searching for 20 Cuban migrants who went missing off the coast of Florida Wednesday hours after Hurricane Ian tore through the area.

Border Patrol agents responded to a migrant landing Wednesday afternoon in Stock Island, Fla., when four Cuban migrants swam to the shore of the island after their boat sank, Chief Patrol Agent of the Miami Sector Walter Slosar posted on Twitter.

The U.S. Coast Guard then initiated a search and rescue operation for 23 missing migrants. Three were later rescued in the water about two miles south of Boca Chica and taken to the hospital for symptoms of exhaustion and dehydration, the USCG said.

A Google Earth image shows where Stock Island, Fla., lies in proximity to Cuba and the tip of continental Florida.
(Google Earth)

As of Thursday morning, 20 migrants remained missing as the storm continued to move over central Florida and toward the Atlantic Ocean.

Earlier this week, seven Cuban migrants were taken into custody after they made it to the shore of Florida’s Pompano Beach, U.S. authorities said.

“Do not risk your life by attempting this journey at sea. Storm surge along with King tide can create treacherous sea conditions even after a storm passes,” Nelson said Tuesday on Twitter. “King tides are exceptionally high and can cause tidal flooding.”

Hurricane Ian’s wrath was deadly in Cuba, leaving at least two people dead in the western province of Pinar del Rio on Tuesday.

Violent winds and severe flooding also knocked out the country’s entire power grid, which left about 11 million people without power. Crews were already restoring power across the eastern end of the island on Wednesday.

People are seen wading through waist-deep water in Cuba after Hurricane Ian thrashed the western part of the country Tuesday, Sept. 27, 2022.

The hurricane made landfall on Florida’s west coast as a Category 4 storm on Wednesday.

Ian was downgraded to a tropical storm early Thursday morning.