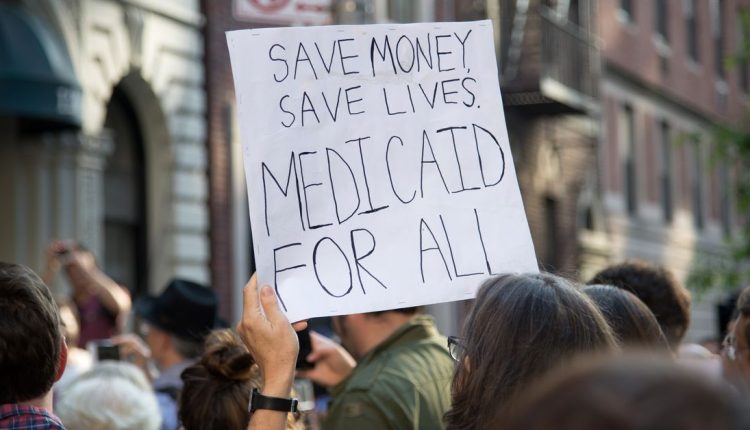 Six times since 2017, voters in a state have weighed in directly on whether to expand Medicaid and make more low-income adults eligible for free public health coverage. Six times, the ballot measure has passed.

That undefeated streak could extend to seven wins in South Dakota this November.

An estimated 45,000 South Dakotans would be covered by the expansion, adding to 20.4 million low-income Americans nationwide already insured by the Medicaid expansion since the program took full effect in 2014. Many of those who would qualify for Medicaid in South Dakota — about 14,000 — are Native Americans currently ineligible for coverage. The ballot initiative appears to have a good shot at passing in November: Polling commissioned by the American Cancer Society Cancer Action Network found 62 percent of South Dakota voters said they support the measure.

Initially, the Affordable Care Act was meant to expand Medicaid coverage to low-income adults nationwide. The law offered a good deal: expand eligibility and receive a generous federal funding match, 90 percent of the cost in perpetuity. But a 2012 Supreme Court decision made Medicaid expansion optional for states, and a dozen states still have not accepted the expansion a full decade later, leaving 4 million people without Medicaid coverage who would otherwise be eligible.

In the face of that obstruction from Republican state officials, health care advocates have taken the issue directly to voters in largely Republican states, with remarkable success.

Across the six states that have expanded Medicaid through a ballot measure — Idaho, Maine, Missouri, Nebraska, Oklahoma, and Utah — an estimated 811,000 people have either enrolled or become eligible for Medicaid coverage. It’s a new frontier for expanding access to health insurance in America. I asked Paul Starr, a Princeton University sociologist and the preeminent historian of the American health system, whether there was any precedent for direct democracy leading to significant coverage expansions.

“The history of health insurance protection until the Supreme Court’s decision on the ACA in 2012 was almost entirely a history of legislation and administrative decisions,” he told me. “Ballot measures weren’t very significant.”

But ballot initiatives have become, in the last few years, almost exclusively the path for Medicaid expansion to keep advancing. In the first few years after the Supreme Court’s decision, a number of Republican state leaders decided to adopt Medicaid expansion on their own, driven by the financial benefits and lobbying from local health care groups. The Obama administration accepted waivers — including one from future Vice President Mike Pence, then governor of Indiana — to tweak the program to make it more amenable to these GOP politicians.

But by 2017, with Donald Trump entering the White House, the prospects for future action by Republican governors and legislatures looked grim. So the Fairness Project, an offshoot of an SEIU health care workers union in California that was supporting minimum wage ballot initiatives at the time, started coordinating with local organizers to put Medicaid expansion directly on the ballot.

“Direct democracy has been a path for important change and also a path of last resort,” Kelly Hall, a former Obama administration health official who is now the executive director of the Fairness Project, said. “Expanding Medicaid anywhere helps protect it everywhere.”

The last few years have been a revelation of Medicaid’s political potency. Concerns about ending the expansion and cutting Medicaid spending helped doom the Republican plans to repeal and replace the ACA. And these six expansion ballot initiatives have all passed since 2017, with South Dakota poised to become the seventh.

Hall said the campaign’s goal has been “helping to place Medicaid alongside the other third rail public programs like Medicare and Social Security.”

“Medicaid has a much wider base of support than many people appreciate,” Starr told me. “It’s not just the poor who benefit. It’s also people with disabilities and seniors, plus their families and the providers that benefit from Medicaid payment.”

GOP leaders have still tried — unsuccessfully to date — to stop or subvert these ballot initiatives, first in Utah and Missouri, and now in South Dakota. For the primary election in June, the state legislature put up a ballot measure that would have required a 60-percent supermajority for any future ballot initiatives to be adopted, with the intent of making it harder for the Medicaid expansion measure to pass. But it was rejected by two-thirds of South Dakota primary voters.

Why does Medicaid expansion keep finding success with red-state voters, if not their elected representatives? Hall pointed to three successful messages: hearing from neighbors who will benefit, bringing federal tax dollars back to the state, and protecting the solvency of rural hospitals and health clinics. One of the ads running in South Dakota features a farmer who says he wants to keep his family farm running but can’t afford health care right now.

To date, Medicaid expansion ballot initiatives have been an unqualified success. But their usefulness might soon be running out. Only about half of states allow citizen-initiated ballot measures and, of the 12 states that haven’t expanded Medicaid, only four of them permit such initiatives: South Dakota — which is already voting on it this fall — plus Florida, Mississippi, and Wyoming.

Florida is the second biggest state, after Texas, that is still refusing Medicaid expansion. Those two states are home to more than half of the 2.2 million people nationwide who have been left without a viable option for coverage because their state has not expanded Medicaid. But while ballot initiatives are permitted there, they require a 60-percent supermajority and the state legislature has shown a willingness to undermine ballot measures after their passage.

The entire Mississippi ballot initiative process, meanwhile, was upended by a state court decision in 2021; advocates are working to restore the rights of citizens to collect signatures and put issues directly to voters. In Wyoming, there is some hope that the legislature and governor may yet get on board with Medicaid expansion as the state faces budget woes.

So while ballot measures could still make more gains in expanding Medicaid coverage, expansion advocates are running out of opportunities. Texas, for example, is one of the states that does not allow citizen-sponsored ballot initiatives. Neither do Georgia or North Carolina, the next biggest states after Florida not to expand it.

“We’re pretty close to working ourselves out of a job on this topic,” Hall said.

But the work will still be unfinished, until Republicans in these other states come around, Democrats can win in statewide elections, or Congress decides to take action to close the Medicaid expansion gap for good.