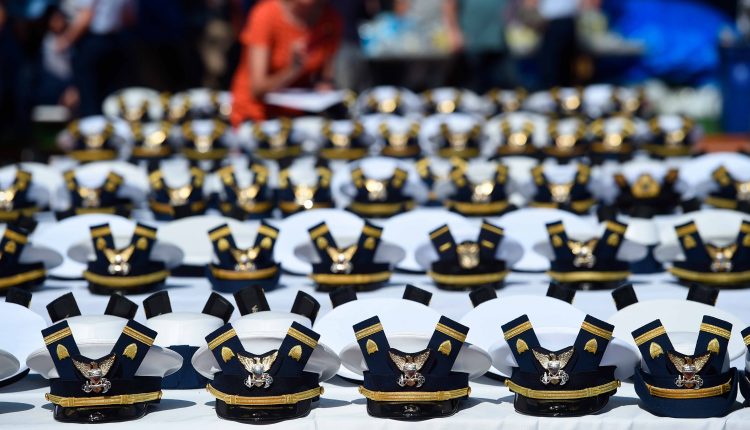 A U.S. Coast Guard Academy cadet who was expelled for becoming a father will get his degree as part of a legal settlement, his attorneys said Thursday.

Isaak Olson sued the academy in December after years of endeavoring to be reinstated as a cadet. He was two months from graduating, with a degree in mechanical engineering and a commission as an officer, when he disclosed in 2014 that his fiancée had given birth to their first child, according the lawsuit.

“No one should ever have to choose between the honor of being a Coast Guard cadet and the honor of being a parent,” Olson said Thursday in a statement released by his lawyers. He said he was “thankful the academy has reached a settlement that recognizes my right to both.”

The Coast Guard Academy confirmed the settlement but didn’t give details.

Olson was expelled under an academy regulation that barred cadets from having “any maternal or paternal obligation or responsibility,” according to the lawsuit. Olson’s lawyers said the policy still stands.

Olson learned of his fiancée’s pregnancy in April of his junior year, and the baby was born in August 2013, according to the lawsuit. It said he was never asked about dependents until he got a duty screening application in March 2014 and disclosed the child’s birth.

The U.S. Military Academy, Naval Academy and Airforce Academy have until the end of the year to create “regulations that include the option to preserve parental guardianship rights.” Pictured: New hats and shoulder bars for U.S. Coast Guard graduates at the U.S. Coast Guard Academy’s 141st Commencement, on May 18, 2022, in New London, Connecticut.
(AP Photo/Stephen Dunn, File)

The couple had Olson’s parental rights terminated in hopes of enabling him to graduate, and he later went through a long administrative process to try to get his status restored, to no avail, according to his lawyers at the American Civil Liberties Union, the American Civil Liberties Union Foundation of Connecticut, and Yale Law School’s Veterans Legal Services Clinic.

Along the way, Olson enlisted in the Coast Guard, and the couple married and had another child, the attorneys said. He is now an aviation maintenance technician, stationed in Alaska.

The lawsuit sought his commission and back pay, since he makes less than he would as an officer. The ACLU said there is no financial component to the settlement, but it does include a statement that will allow him to apply to be commissioned as an officer.

“Becoming a parent shouldn’t be seen as a hardship,” Olson said in his statement. “I look forward to the day that cadets are given the same rights as the rest of the service.”

The federal law that funded and authorized the Defense Department for the 2022 fiscal year gives the military until the end of December to craft “regulations that include the option to preserve parental guardianship rights” for cadets or midshipmen who become pregnant or father children while at one of the department’s service academies.

The law applies to the U.S. Military Academy, the Naval Academy and the Air Force Academy — but not to the Coast Guard Academy, which is run by the Department of Homeland Security.

The academy said in a statement that there is ongoing litigation on the subject, so it wouldn’t comment.