America Insists It Is Great. It Should Work on Being Decent 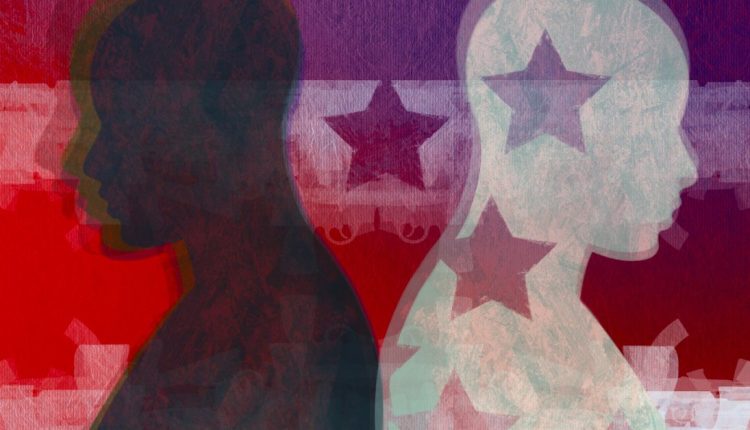 For as long as I can remember, I’ve felt a stifling expectation, an understood command to believe that America is great. If I could not see this nation as great, then I must be a disgruntled traitor. If I could not see America’s remarkable progress—how it eventually fixed its mistake of enslaving others; how it bent over backward to consider race in college admissions—I must be a spoiled cynic.

In The Fire Next Time, James Baldwin described the “chorus of the innocents,” those who’d respond to claims of racism by screaming, “How bitter you are!” and “You exaggerate!” My personal chorus, beginning in adolescence with some of my white peers and supported by whitewashed history books, exclaimed: Look how far we’ve come. At least you’re not in [insert a developing country]. There is no country like ours.

This Independence Day, it’s that last line I believe.

I have neither the space in this article nor energy in my soul to list every reason why we are exceptional, nor could I—for there will be new examples and reasons tomorrow or the next day. (This is the crux of the problem.) You cannot rank the reasons, either. There is no “most important” when you consider, in a country where “all men are created equal,” hate crimes against Asian-Americans, bans that erase words from our libraries and lexicons, and Black maternal mortality rates that will surely get worse now that five Supreme Court Justices have told us that bodily autonomy is not actually a right. There are only layers of injustice, folded into our systems of health care and housing, even into our Constitution, a document held in the highest regard, as though it never counted my people as fractions or had to be amended. You cannot prioritize the ways in which so many of us are rendered expendable. For, look, a new tragedy arises, and—whether it shocks you or not—threatens to sink your whole heart in one second.

As a nation, we are both unstoppable and too prideful to stop ourselves. We are slow to turn away from sin; refusing to trade in guns or privilege or freedom; unable to admit that perhaps we are not great and never have been.

In May, we were all given 10 days. After a white supremacist drove out of his way to target and gun down Black shoppers in Buffalo, N.Y., I had 10 days to step into a grocery store, breathe deeply by the bins of watermelons and bell peppers, and tell myself, “I cannot avoid every store.” Ten days to selfishly wonder if living in a white college town would protect—or expose—my family. Those of us fortunate to still be alive could listen to podcasts on the great replacement theory and pretend that identifying its roots might help us root it out, or at least keep an eye on it. (Tragically, we’d soon learn too much about the difference between eliminating a threat versus monitoring it from outside.)

We had 10 days to imagine a church mother buying fresh rolls or apples and read that she fed others on Saturdays, our elder queen breaking bread in the middle of a food desert, much like her Lord. For 10 days, we could retroactively rewrite the victims’ stories, plan a day wherein they decided the Tops Friendly Markets grocery store was too far out of the way, not worth their time, the butter or potatoes on their shopping list could wait. What a terrible use of our imaginations.

Read More: ‘I’m Sorry. I’ve Got Your Sister.’ A Family Grieves After the Buffalo Shooting

As a nation, we may consider repair, but repentance means to “turn away.” And why would white conservatives turn away from their power and freedom and privilege? There is no rational reason for them to let go; it would have to be spiritual, moral, ethical—a space reserved for tired arguments about abortion or critical race theory, a concept none of them can accurately define.

So within 10 days of the tragedy in Buffalo, children on the edge of summer in Uvalde, Texas, hid and called 911 and waited and bled out, while law enforcement kept watch outside their classrooms. Two teachers who’d cared for them died as well.

What would it cost us to concede that we are not great?

As a mother, and as a mother of Black children, one statistic runs on a continual loop in my mind now: Guns are the leading cause of death for children in this country. It’s inconceivable that we haven’t stopped everything, made the sun and moon stand still, until this is untrue. Instead, we will temporarily lower flags to half-staff after mass shootings, while a man lowering his body to one knee in protest permanently loses his job. If we will not ban assault rifles, and if our song, penned by a slaveholder, is too precious to withstand a knee, then can we at least fly every flag at half-mast until the mass shootings stop?

I don’t pretend to have all the answers. In fact, until the massacre in Uvalde, my brightest idea to protect my kids was to buy them each a phone. That is not rational; it is a mother’s tired plea.

You might tell me change is coming, and I won’t hold that against you. President Biden signed the first major federal gun-safety law in decades, and if that deal saves a life, Amen. But it’s clear this legislation is less than we need. It’s a small step forward that doesn’t really address the heart of the matter—that certain people’s freedom matters more than others’ in this country. If this weren’t so, the NRA would have spoken up after the police killing of Philando Castile, a Black man who had a permit to carry a gun. How do I teach my children to celebrate a small “victory” when so much more could be done right now to protect them? So much more has been done in other countries. Do we give thanks for the slim possibility that this deal will prevent future massacres?

Though he warned against it, I listen to Baldwin’s words. “Take no one’s word for anything, including mine—but trust your experience,” he wrote to his nephew. My experience tells me America, above all, is exceptional in its commitment to gaslighting. A country willing to violate or exploit those at the margins, cast some to the shadows, take away a long-established right and call others into question, all under the banner of equality and democracy. Any country with a record like ours should dream first of becoming decent, rather than insisting on its own greatness.

But if some must continue with parades and flag-waving, with understanding AR-15s as the “full armor of God,” then perhaps we can at least agree to answer one question directly, before we light the grill and stock the coolers. Can we agree, whether kneeling or standing with hand over heart, to consider: Who among us is safe? And if we grasp, even for a moment, the true horror or depth of that answer, the way it exposes a darkness we’d rather unsee, let us remember what Scripture says about the man who looked in the mirror and then walked away, immediately forgetting the shape of his face. That man was called neither blessed nor great. He appears in the text as a warning, a stark reminder of what happens when we know the truth and do nothing about it.