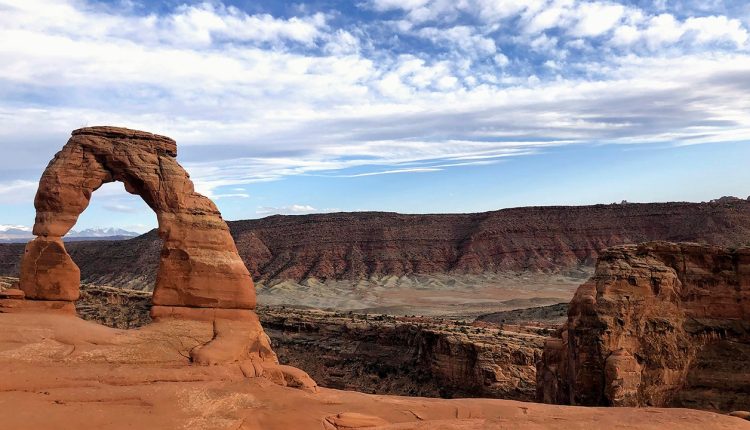 A widow and his wife’s family are seeking $140 million in damages from the U.S. government more than two years after a woman was killed in a Utah national park.

Ludovic Michaud and his new wife, Esther Nakajjigo, were driving around Arches National Park on a windy spring day in 2020 when a metal gate whipped around, sliced through the passenger door of his car and decapitated Nakajjigo.

Attorneys for Michaud and Nakajjigo’s family gave their opening arguments when the civil trial began Monday. They argue that the U.S. Park Service was negligent and did not maintain the gates at the entrances and exits to the parks, leading to Nakajjigo’s death.

“She was one in a billion, Your Honor,” attorney Randi McGinn told the judge, according to FOX 13 Salt Lake City. Nakajjigo was a Ugandan singer and actress who reportedly did charity work.

‘GENTLE GIANT’ WITH A ‘BIG HEART’: TUXEDO CAT NAMED AUGUSTUS GLOOP IS UP FOR ADOPTION IN UTAH

File photo of Arches National Park near Moab, Utah. A wrongful death lawsuit is underway after Esther Nakajjigo was killed by a metal gate there in spring 2020.
(iStock)

“She had like a tremendous potential,” Michaud told the TV station of his late wife. “She could lift mountains, basically, in her own way. I don’t want this incident to reproduce itself ever again.”

United States attorneys do not dispute that park officials shouldered the blame but argued the amount the family should be awarded is far less at $3.5 million and called into question the ways in which the damages being sought were calculated.

UTAH BASE JUMPER SLAMS INTO SIDE OF MOUNTAIN, DANGLES IN AIR AFTER PARACHUTE CATCHES ON LEDGE

Prosecuting attorney Randi McGinn described the death in gruesome detail and said if Nakajjigo’s life had not been cut short, she would have gone on to become a non-profit CEO who could eventually have netted an annual income in the hundreds of thousands of dollars – or millions.

Arches National Park is a 120-square-mile desert landscape near Moab, Utah, that is visited by more than 1.5 million people annually. It’s known for a series of sculpture-like fins and arches made of an orange sandstone that wind and water have eroded for centuries.

The judge is expected to issue his ruling in the coming weeks.