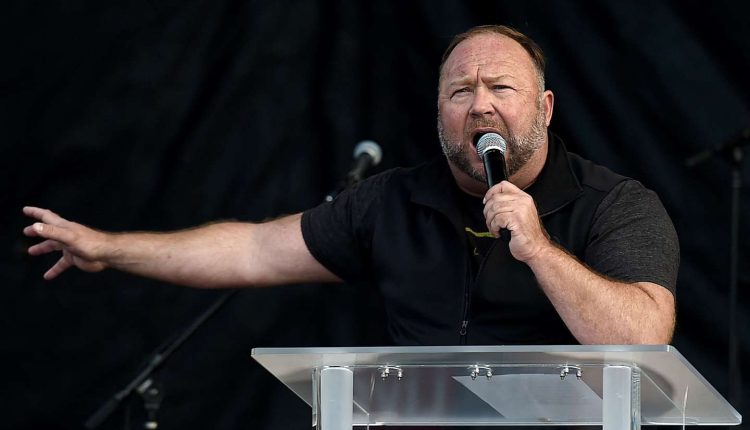 Far-right conspirator Alex Jones was sentenced on Friday, August 5, by a Texas court to pay an additional fine of 45.2 million dollars (more than 44 million euros) to the parents of a dead boy in the Sandy Hook shootings in 2012.

This sum is in addition to the $ 4.1 million in compensatory damages, decided by the court on Thursday, that Alex Jones must also pay to Scarlett Lewis and Neil Heslin, whose six-year-old son, Jesse Lewis, died in the massacre at this Connecticut school.

The founder of the Infowars site – who was not in the courtroom to hear the verdict on Friday – had denied the reality of this bloody attack, the worst ever to occur in an American school. A young man armed with a semi-automatic rifle had killed twenty children and six adults there, and Alex Jones, a well-known far-right figure and follower of conspiracy theories, had, against all evidence, affirmed on his site that the massacre was just a stage show driven by opponents of guns.

The damages decided on Friday are called “punitive” – a specificity of American law which does not exist in France in particular. They aim to dissuade the convict from reoffending, as well as anyone from committing the same act. In total, Alex Jones will therefore have to pay 49.3 million dollars to the parents of Jesse Lewis.

Wesley Ball, the lawyer for the latter, launched, on Friday, to the jurors before they decide: “You have the capacity to send a message to the whole country, even to the world (…). And it is to stop Alex Jones. Stop the monetization of misinformation and lies ». Mr. Ball had asked them to “to make sure he can’t do it again”.

These sentences are only the first in a series of proceedings brought by the relatives of the victims of the Sandy Hook massacre against this influential activist. Several families sued him for compensation. He had finally publicly admitted the reality of the killing, while refusing to cooperate with the courts.

Judges in Texas and Connecticut had therefore condemned him by default to pay damages to the plaintiffs, while leaving it to jurors to set their amount. More financial sanctions are expected to follow soon and could deprive Alex Jones of his platform, although the true financial health of his company is the subject of much debate.

Read also: Article reserved for our subscribers United States: between denial and cult of weapons, the Republicans face the killing of Uvalde

The killings – recurrent in the United States – are often the subject of conspiracy theories questioning the reality of the facts, which sometimes provoke the harassment of relatives of victims, accused of lying.

American primaries: in Wyoming, Liz Cheney “does not represent who we…

Peru: two soldiers killed and the leader of the Shining Path seriously injured in…