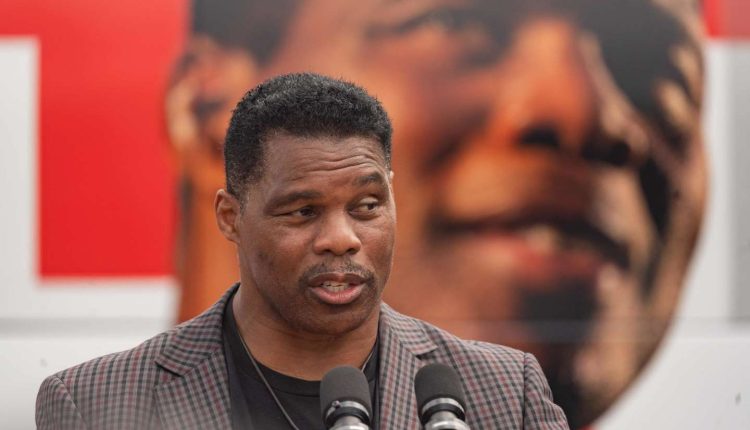 What are the chances of political survival for a man walled in his own lies? On this question could depend the next majority in the American Senate. With the approach of the mid-term elections of November 8, which promise to be undecided, attention is focused on a key confrontation in Georgia: that between the Reverend Raphael Warnock, elected Democrat incumbent, and the Republican Herschel Walker.

The latter, supported by Donald Trump who is even pleased to have raised his candidacy, is at the heart of a media storm of rare vigor. Former American football star, Herschel Walker, mocked for his ignorance and the poverty of his oral expression, wavers on a delicate subject for his party, the one which mobilizes the Democrats massively: abortion.

On October 3, the site The Daily Beast revealed that the Republican candidate, a supporter of a complete ban on voluntary termination of pregnancy, without exception for incest or rape, had financed the abortion of a young woman in 2009. The latter provided the site a contemporary bank receipt for a check signed by Herschel Walker, a get well card also bearing his signature, as well as the invoice from the clinic. In response to the article, the former American football player announced his intention to file a complaint, citing a “complete lie”. Asked about the antenna of Fox News, Herschel Walker awkwardly defended himself about the check. “I send money to a lot of people,” he said.

Read also: Article reserved for our subscribers Mid-term elections in the United States: forty days before the election, the nervousness of Republicans and Democrats

The personal pangs of the 60-year-old former sportsman have not ceased to embarrass him since his very clear victory in the Republican primaries. The former wife of Herschel Walker, Cindy Grossman, had already denounced his violent behavior in the past. One day, he allegedly held a gun to his head, promising to “blow your brains out”in his words. “You know, let him who has not sinned throw the first stone at me “, reacted the candidate in a television interview, specifying that he believed in the “redemption”.

In June, the press revealed that Herschel Walker had two children out of wedlock, whom he never cared for. Purely private matter? Not really. On several occasions, during the electoral campaign, the ex-footballer welcomed the positive relationship he had with his 22-year-old son, Christian, while castigating the absence of fathers, particularly in the homes of the black community.

You have 59.97% of this article left to read. The following is for subscribers only.