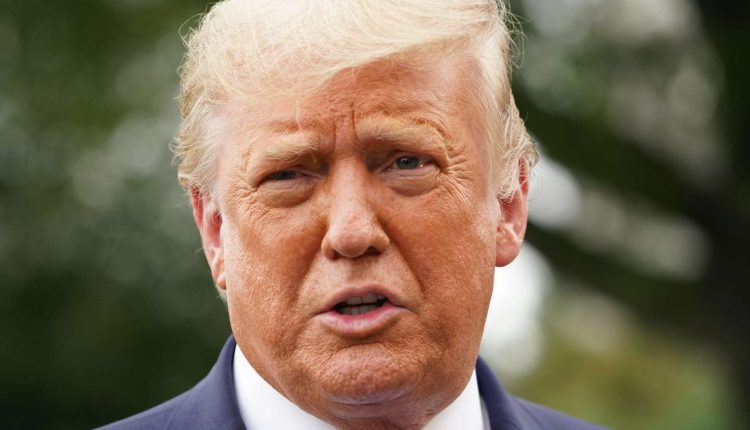 FBI agents who raided Donald Trump’s Florida home this week seized classified documents, including some labeled “secret-defense”, that the former US president had illegally taken with him when he left the White House. , according to court documents released Friday, August 12.

Read also: Search at Donald Trump’s home: according to the “Washington Post”, some of the documents sought relate to nuclear weapons

The US Department of Justice told Federal Judge Bruce Reinhart, who signed the search warrant, that it has good reason to believe Donald Trump violated the Espionage Act, a federal law passed in 1917 that prohibits possessing or transmitting information that could harm US military operations or benefit US enemies.

The warrant, the seals of which were unsealed on Friday at the request of the federal judge, reveals that the FBI agents took away about twenty boxes containing various documents, including some “top secret”, photo albums as well as the handwritten letter by which Donald Trump granted his presidential pardon to his former partner Roger Stone.

The federal police also seized documents relating to the “President of France”reported on Friday the wall street journal, who says he had access to a three-page inventory of what was collected on Monday during this search. No other details are given on the nature of this information, or whether it concerns the current French President Emmanuel Macron. Contacted by Reuters, the Elysée declined to comment on these “information” that would have been in the possession of Donald Trump.

The former US president did not object to the contents of the search warrant being made public. “Not only will I not oppose the publication of the documents (…) but I will go further by ENCOURAGING their immediate publication”, he wrote Thursday evening the social network that he created Truth Social, he who had nevertheless refrained from making public the copy of the mandate he had received. He assured in a press release on Friday that the documents recovered by the police had all been declassified.

On the other hand, he denied on Friday that federal agents had been looking for documents related to the United States’ nuclear weapons, as reported on Thursday by the washington post.

“This nuclear weapons story is a hoax”, he wrote on Truth Social. Donald Trump considered that this information was to be put on the same level as the controversies concerning his links with Moscow and the two impeachment proceedings brought against him.

Political revenge, according to Donald Trump

The search was part of an investigation into documents that Donald Trump allegedly illegally took with him from the White House when his term ended in January 2021. The law requires US presidents to transmit all of his emails, letters and other working papers to the US National Archives.

The home of a former tenant of the White House had never before been searched. Merrick Garland, appointed by Joe Biden, the Democratic successor to Donald Trump, said Thursday during a press conference that he personally approved the search. “The department does not take such a decision lightly”he said, adding that less intrusive means were usually preferred when possible.

Read also: Donald Trump announces that his Florida residence was “searched” by the FBI

This confirmation is very unusual, while law enforcement officials generally do not mention ongoing investigations, in particular to protect people’s rights. Unusually, also, it was Donald Trump himself who announced on Monday evening that his residence was being searched by FBI agents, accusing Joe Biden of engaging in political revenge.

Le Monde with AFP and Reuters