Mexico: “The purchase of weapons on WhatsApp, accessible to all, works like an arms supermarket” 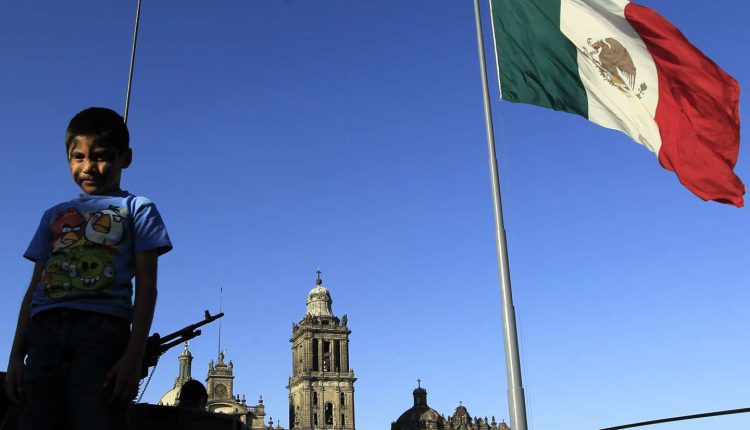 “You go to this WhatsApp group and buy whatever you want. » We are in April 2021, on a property in the “avocado” zone of the state of Michoacan, in western Mexico. My interlocutor, whom we will call Franco, has been leading a vigilante group since 2013 and exporting avocados to the United States.

Over the past nine years, his daily life has fluctuated between trading “green gold”the protection of its plots and those of the other members of the Self-Defense, and the fight against the contrasts, as he calls enemy criminal groups. Firearms are the link between the various activities of Franco.

Read also: Article reserved for our subscribers Mexico acts on the militarization of public security

In February 2013, in Michoacan, the uprising of self-defense militias to end the domination of the Knights Templar cartel led to massive purchases aimed at replacing the old rifles and Kalashnikovs (Ak-47) stored for decades . As new groups of armed civilians were created, thousands of small arms entered the region illegally, the vast majority coming from the United States.

The years have passed, the Templar Knights have been dismembered. The violence has remained and weapons are more available than ever. This isn’t unique to Michoacan, Franco tells me, who continues to scroll through arms buying groups on WhatsApp, accessible from across the country. These operate like an arms supermarket, available just a click away.

Several times a day, photos of firearms appear, with their respective prices. You can find everything there: the AR-15 assault rifle, sadly fashionable both in Mexico and the United States, Austrian brand Glock pistols or old English rifles from the 19th century.e century. Franco explains to me that the prices fluctuate according to the product, the routing routes, the trafficker, the times of the year, the military or customs operations and the evolutions of the black market, “impossible to fully understand”according to him.

Read also: Article reserved for our subscribers In Mexico, drug cartels threaten the tourist gems of the Riviera Maya

“Anyway, if you like something, you click and start talking privately with the guy who posted the photo, and sort out the details of the purchase. New weapons come from the United States and they can take between several days or several weeks to arrive, depending on the case.says Franco.

Unable to assess the number of illicit weapons

There is also “tactical equipment”, as the term designates military-type accessories, appreciated in Mexico by criminal groups, self-defense militias, private security companies or even law enforcement agencies, including institutions are often unable to provide daily equipment: bulletproof vests, police or military uniforms, knee pads, combat boots or helmets, among others.

You have 55.49% of this article left to read. The following is for subscribers only.

For Nicaraguan President Daniel Ortega, the Catholic Church is a “perfect…

Election in Brazil: a last venomous debate between Bolsonaro and Lula in Brazil

Podcast. Lula against Bolsonaro: in Brazil, a presidential election under high…

In Brazil, the great rampage of the Bolsonaro years

The Kremlin: Any attack on the annexed…

In Algeria, the authorities order the…