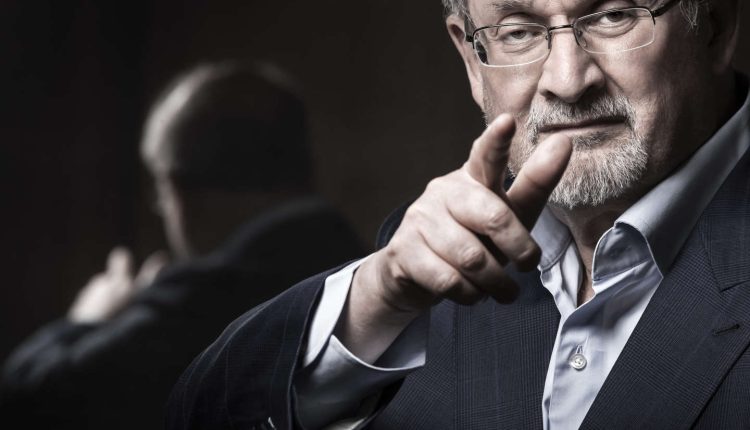 The stabbing of writer Salman Rushdie on Friday at a conference in New York State was “premeditated”, told the judge, Saturday August 13, Jason Schmidt, district attorney for Chautauqua County, where the assault took place.

Read also: Salman Rushdie stabbed: what we know about his assailant, Hadi Matar

Charged with assault and attempted murder, the suspect – identified as Hadi Matar – pleaded not guilty at the arraignment hearing. He will appear again on August 19. The judge ordered him held without bail after Mr Schmidt explained that the 24-year-old had prepared his assault on Salman Rushdie, including obtaining in advance a pass for the public event where the novelist was to speak, and arriving a day earlier, under a false identity.

“This was a targeted, unprovoked and premeditated attack on Mr. Rushdie”said Jason Schmidt.

The prosecutor alluded to Iran’s fatwa whose author of the satanic verses been the subject for thirty-three years to oppose the release on bail of the suspect. “Even if this court were to set a bond of $1 million, we run the risk that the sum could be collected”did he declare.

“His own income doesn’t matter to me. We see that the plan that was executed yesterday is something that has been vindicated by groups and organizations whose importance extends far beyond the jurisdictional boundaries of Chautauqua County”added the prosecutor.

The suspect appeared in court wearing a black and white jumpsuit and a white face mask with his hands cuffed in front of him. He didn’t say a word, according to the New York Times. The court-appointed lawyer, Nathaniel Barone, complained about the delay the authorities took to present his client before the judge, while leaving him “hanging on a bench at the state police premises”. “He has the constitutional right to the presumption of innocence,” did he declare.

Mr. Barone explained after the hearing that Hadi Matar spoke openly with him and that he was going to seek to know more about his client, in particular about possible psychological problems or addiction to substances.

Read also: Article reserved for our subscribers In India, the silence of the political class after the aggression of Salman Rushdie

During the attack, Salman Rushdie, 75, was stabbed at least ten times in the neck and abdomen as he prepared to speak. He was treated in emergency and placed under respiratory assistance in a hospital in Erie, Pennsylvania, on the edge of the lake which separates the United States from Canada.

Little filtered out Saturday about his state of health, but British author Aatish Taseer tweeted in the evening: “Just got the most exciting news: Salman is off life support and talking (and joking). » Salman Rushdie’s agent, Andrew Wylie, confirmed the information without giving further details. Mr. Taseer’s tweet was later deleted.

Andrew Wylie explained on Friday that Mr. Rushdie was on life support after suffering liver injuries and severed nerves in his arm, and that he was at risk of losing an eye.

Read also: Article reserved for our subscribers Salman Rushdie, a resistant writer, storyteller of the chaos of the world