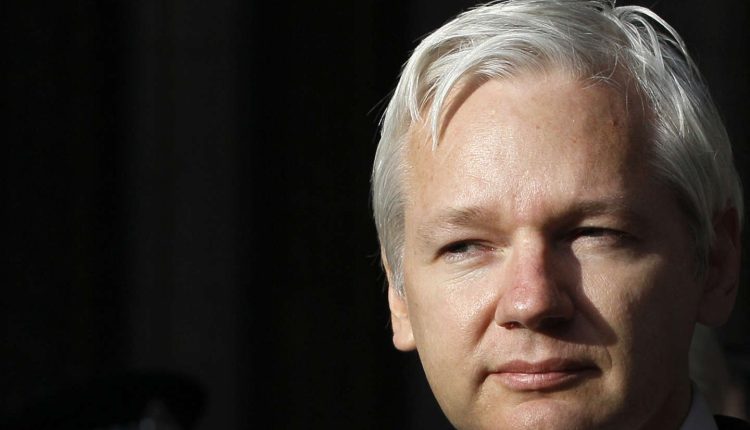 He faces one hundred and seventy-five years in prison. WikiLeaks founder Julian Assange, who is trying to avoid extradition to the United States for the dissemination of thousands of classified documents, has appealed to the European Court of Human Rights (ECHR), confirmed on Friday December 2 European jurisdiction with the Reuters agency.

This appeal aims to challenge the decision, taken by the British authorities at the end of June, to approve his extradition to the United States, demanded for more than ten years by Washington. The 51-year-old Australian is on British soil, where he spent more than seven years reclusive in the Ecuadorian embassy in London, before being arrested in 2019.

He is being prosecuted by American justice on eighteen counts related to the publication by WikiLeaks, from 2010, of more than 700,000 classified documents relating to American military and diplomatic activities, in particular in Iraq and Afghanistan.

Also listen Julian Assange: the turbulent history of the founder of WikiLeaks

On Wednesday, Australian Prime Minister Anthony Albanese announced that he had personally asked US officials to end legal proceedings against the Australian national. “Some time ago I made my point that enough is enough. It is time for this matter to be brought to an end.”Mr. Albanese told the Australian Parliament.

Two days earlier, The world and four other international media (The New York Times, The Guardian, El Pais and Der Spiegel) had also called on the US government to drop the charges against the WikiLeaks founder, arguing, in a common forum, “Publishing is not a crime”.

The Colombian President, Gustavo Petro, had also, on November 22, declared himself in favor of the release of Mr. Assange, saying “support the global fight for the freedom of journalist Julian Assange”in a message posted on Twittersupported by a photo of his meeting with two WikiLeaks delegates the day before.

“I will ask President Biden along with other Latin American presidents not to indict a journalist simply for telling the truth”added the first left-wing president in the history of Colombia, elected in June.

To challenge his extradition to the United States, Julien Assange also seized the High Court in London several months ago, which is due to render its decision at the beginning of 2023.

Read also: A call from newspapers for Julian Assange: “Publishing is not a crime”

The World with Reuters