Joe Biden calls on elected Americans to “publicly denounce anti-Semitism”, “rather than offer it a platform” 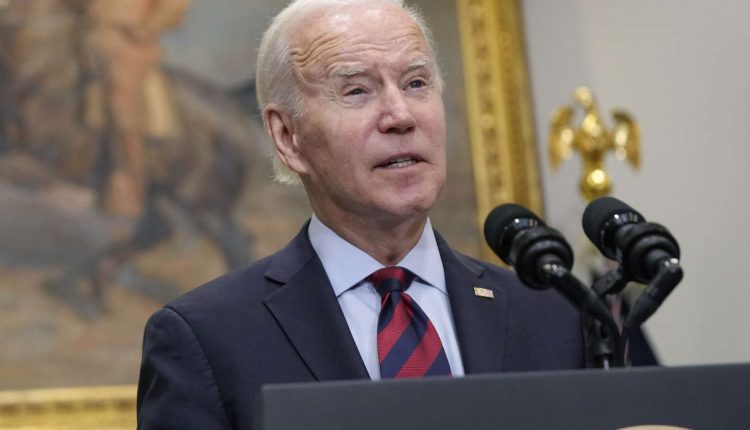 His remarks come in the wake of two events that shocked part of American public opinion. President Joe Biden appealed to American politicians on Friday, December 2, to denounce out loud the anti-Semitism flourishing in their country.

In a tweetthe Democratic president wrote:

I just want to make some things clear. The Holocaust did happen. Hitler was a demonic figure. And instead of giving it a platform, our political leaders should expose and reject anti-Semitism wherever it hides. Silence is complicit.

I just want to make a few things clear: The Holocaust happened. Hitler was a demonic figure. And instead of… https://t.co/67Kpm9yXea

This firm statement by the American president comes the day after conspiratorial rapper Kanye West shocked his remarks about Hitler during an interview on the set of the program “InfoWars”, presented by far-right figure Alex Jones.

The artist, who has made numerous anti-Semitic remarks in recent months, declared his admiration for Hitler, saying: “I also see positive things about Hitler (…). This man invented the highways, invented the microphone that I use as a musician. You can’t say publicly that this person did anything right and I’m sick of that. »

His words immediately sparked a deluge of condemnations from many personalities on social networks, particularly from the Democratic ranks. In a statement, the Republican Jewish Coalition also accused Kanye West of being a “vile and loathsome sectarian who targeted the Jewish community with threats and Nazi-like libel”. “Conservatives who made the mistake of tolerating Kanye West need to be clear that he is an outcast”added this organization yet close to the Republican Party.

They also led to the temporary suspension of his Twitter account, after the new boss of the social network Elon Musk, yet a supporter of “free speech” and unfavorable to regulation, denounced of the “incitement to violence”.

Last week, it was Mr. Biden’s predecessor in the White House, the conservative Donald Trump, already declared presidential candidate for 2024, who sparked a lively controversy. And for good reason: the latter received Nick Fuentes, a white supremacist known for having questioned the reality of the Holocaust, for dinner at his home.

Kanye West was also present at the dinner, which was held at the former president’s residence in Mar-a-Lago, Florida, as confirmed by Mr. Trump.

Read also: Article reserved for our subscribers Donald Trump, presidential candidate of 2024 in the United States, dreams of being an outsider again