In the United States, the Supreme Court upholds the right to carry a firearm outside the home 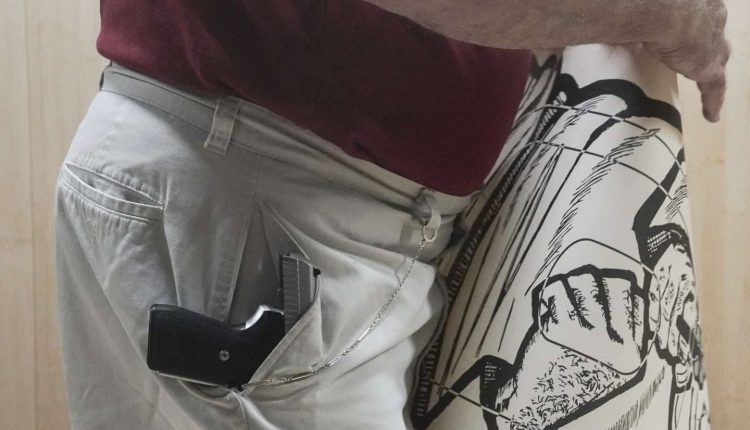 In the tormented history of firearms in the United States, Thursday, June 23, 2022 will remain engraved in capital letters. In the same day, two totally opposite news stories emerged from Washington. The first came from the Supreme Court. In a resounding decision, the conservative majority of judges (six to three) struck down New York State legislation that restricted the carrying of handguns outside the home. The second was held in Congress. After weeks of tough negotiations, a bipartisan compromise, very rare in the Senate, allowed the passage of measures strengthening control over arms sales, pending a final vote in the House, scheduled for Friday.

These two colliding news items are not of equal force. Admittedly, the text adopted in the Senate constitutes the beginning of a political response to the recent killings in Buffalo, New York State, and the school in Uvalde, Texas, which moved public opinion. But Supreme Court decision is not a compromise. It is a water hammer, even a revolution, which enshrines the principle of total freedom to carry a weapon anywhere. “We know of no other constitutional right that an individual can exercise only after proving a particular need to representatives of the public authorities”writes judge Clarence Thomas, who held the pen.

Read also: Article reserved for our subscribers The Supreme Court, an American institution in turmoil

In an additional opinion, his conservative colleague Brett Kavanaugh, as well as the Chief Justice (president of the Court), John Roberts, made a point of underlining the limits of this decision, as if they feared the extent of their own audacity. According to them, it would not call into question the principle of the licenses required in 43 States to carry a weapon, and therefore of the compulsory checks of criminal record and psychiatric history. Simply that of a ” Valid reason “ required in a few states to apply for a permit.

But according to many experts, the court’s decision will have wider consequences. In his argument, Clarence Thomas denies states the possibility of legislating on firearms based on empirical considerations, such as the crime rate, their degree of lethality, etc. He only admits the idea of ​​sensitive areas excluding the carrying of weapons, such as schools, assemblies, courts or government buildings. The magistrate imposes as a condition for any restrictive legislation an analogy or a historical precedent, obviously impossible to find, for example in the matter of weapons of war. Clarence Thomas thus opens the door, in conservative states, to a challenge in the first instance of all kinds of restrictions.

You have 54.57% of this article left to read. The following is for subscribers only.

Abortion: Joe Biden under pressure from his camp to act after the Supreme Court…

California will force manufacturers to recycle and finance depollution