In the midterm elections in the United States, the prospect of a wave of women 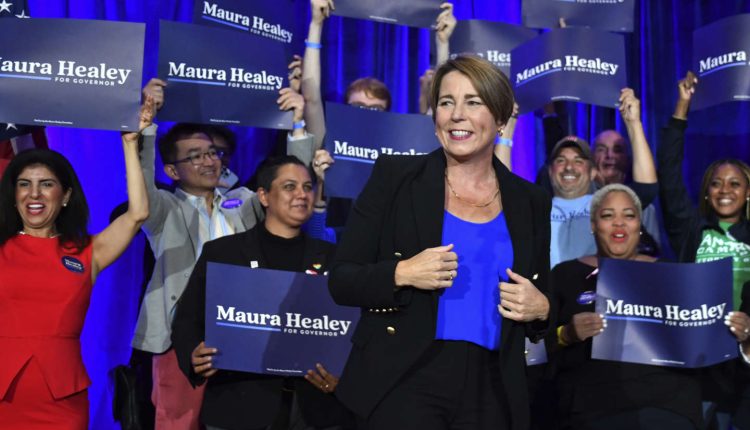 Massachusetts is known for its British colonial history, its prestigious universities, its magnificent sea coast to the Cape Cod peninsula. Less for his contemporary political life. Temperate state, clearly leaning towards the Democrats despite more conservative areas, it rarely makes the headlines. The recent airlift of illegal migrants to the upscale island of Martha’s Vineyard by Republican Florida Governor Ron DeSantis was a rare sequence of media turmoil. However, this small liberal state could distinguish itself during the mid-term elections, on November 8, by electing a woman for the first time to the post of governor. In total, five of the six Democratic candidates running for various functions in this election are women. In 2021 already, Michelle Wu was the first woman elected mayor of Boston. A wave that could be reinforced at the polls by a very strong mobilization within the female electorate, here as in many States.

Read also: Article reserved for our subscribers In the United States, forty days before the midterm elections, the nervousness of Republicans and Democrats

Massachusetts is a good example of how, in a campaign for midterms, local and national issues add up. If Attorney General (Democrat) Maura Healey is widely favored to succeed Republican Charlie Baker as governor, it is not only because of her personality and her long experience, but also of her rival, Geoff Diehl, in unusual profile.

“People are pumped up”

A moderate Republican has led the state for twenty-four of the last thirty-two years. Voters have often appreciated a cohabitation between a centrist governor and a local Democratic parliament. However, in the spring, the militants of the Grand Old Party nominated during the primaries a candidate very anchored on the right, affiliated with the MAGA movement (“Make America great again”, the slogan of Donald Trump). Geoff Diehl supported the former president’s lies about imaginary fraud in the 2020 election. He chose a former nurse, who was fired after refusing to be vaccinated, as his candidate for lieutenant governor. In a state where Donald Trump won only 32% of the vote, this radical candidacy did not pass. According to the polls, Maura Healey would be more than 20 points ahead of her competitor.

Read also: Article reserved for our subscribers In the United States, the Biden camp regains hope before the midterm elections

But the main reason for the major mobilization expected among women is abortion, which has imposed a sense of urgency. The decision of the Supreme Court to remove the constitutional right to voluntary termination of pregnancy, by referring the question to the States, was certainly expected. But its publication changed the terms of political debate and midterms. “People are fired up, you feel a lot of energysays Kat Cline, associate director of the Massachusetts Women’s Political Caucus, a nonpartisan organization supporting the advancement of women in politics. It has been known since the Trump era that abolishing the right to abortion was a right-wing objective, but the Court’s decision was like a general alert. Many more women are expected to go to the polls. »

You have 54.22% of this article left to read. The following is for subscribers only.

Venezuela: after the “partial agreement” between power and the…