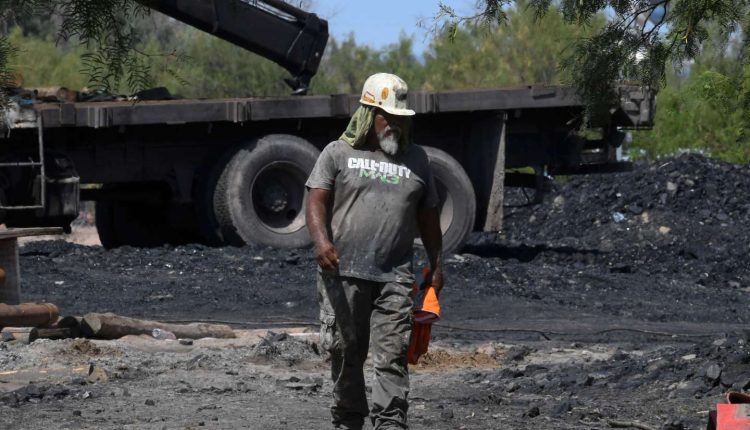 The flooded mine where ten workers have been trapped for 11 days in northern Mexico recorded a “sudden increase in water levels” on Sunday. The water level of well number 2 now reaches 12.92 m. According to authorities, the ten miners were carrying out excavation work on August 3, when they broke through a water table, causing the collapse and flooding of three coal pits.

On Friday, the water level in well number 2 was 70 cm, and could allow emergency access. Sunday, a “sudden rise in water level” occurred in the flooded mine, which could complicate the rescue operation, authorities said. At wells 3 and 4, the water reached 15.5 m and 12.5 m respectively, an increase of 8 to 10 m compared to the levels recorded on Friday. Also according to the press release, “Engineers are assessing the situation on site and the reasons for this sudden rise in the water level. They will put in place a new strategy capable of allowing the evacuation of water from the El Pinabete mine”.

This news nevertheless represents a particularly hard blow for the families of the minors who expressed on Saturday the fear of an intervention too late to save their loved ones. Mexican authorities announced on Friday that the ” terms “ were gathered for rescuers to enter the flooded mine, in search of these 10 missing miners.

Thanks to the incessant pumping, the water level was lowered to 70 centimeters in one of the three wells among which the emergency services had to try to penetrate, whereas it was 30 meters the day after the accident, on 3 August, Defense Secretary Luis Cresencio Sandoval said. Subsequently, on August 7, it was the President of Mexico, Andres Manuel Lopez Obrador, who spoke during a visit to the scene of the accident, in Agujita, in the locality of Las Sabinas, in the State of Coahuila: “We must continue to work to save the miners. We must continue to do what we are doing and more. »

But on Wednesday, a diver who had entered one of the wells could not advance, colliding “to obstacles to be able to enter the galleries”according to the governor of the state of Coahuila, Miguel Riquelme.

Several hundred people are taking part in the rescue, in particular with an underwater drone, to save the minors whose relatives are increasingly worried as time goes by.

Sole producer of Mexican coal, the state of Coahuila is used to mining tragedies. In June 2021, seven workers died after an underground collapse. On February 19, 2006, sixty-five miners died when an underground gas pocket exploded at Pasta de Conchos, a mine controlled by conglomerate Grupo México. Sixteen years later, sixty-three of the sixty-five bodies are still lying at the bottom of the mine.

It has been sixteen years since families “require action” against accidents “and their calls were not heard”deplored the Society of Jesus, which accompanies relatives in their request for justice before international bodies.

In October 2010 in Chile, in the Atacama Desert, thirty-three workers were able to get out of a copper mine, almost 700 meters deep, after sixty-nine days underground and a landslide.

Read also: Article reserved for our subscribers In Chile, the 33 Atacama miners say they are “buried a second time”