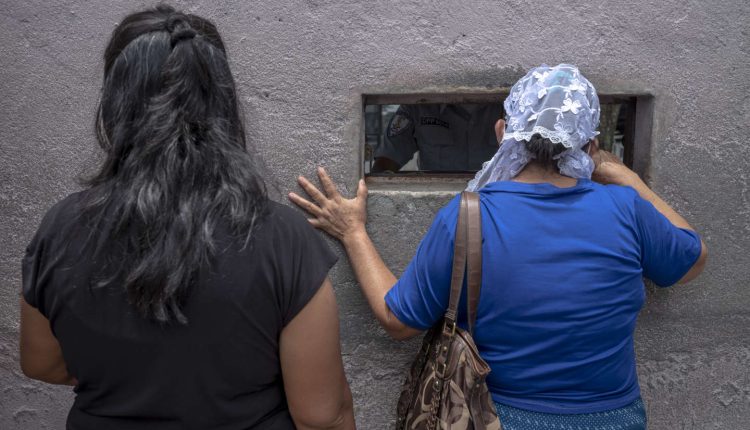 “I’ll eat when my dad comes back. » The 8-year-old girl hugs her 2-year-old brother. “She is losing weight visibly”, sighs their mother, Anabela (the first name has been changed), 27 years old. Like every night, the kid is bored on this sidewalk in front of the Penalito, the pre-trial detention center in San Salvador through which detainees pass again just before their release, Anabela believes. “I can’t bear the idea that there is no one to receive my husband when he leaves”, she says. Since mid-April, he has been incarcerated 8 kilometers away, in Mariona prison, in front of which she camped for a month with hundreds of other people, until the police dislodged them. Since then, every evening until 10 p.m., she sits with her three children in front of the Penalito, at a table in a canteen that sells food for prisoners.

Regularly, police pick-ups bring in new detainees. Anabela’s husband is one of some 49,000 people who have been officially arrested in El Salvador since March 27. That weekend, the gangs had committed the worst massacre in the recent history of this small Central American country: 87 dead in three days.

President Nayib Bukele, in power since 2019, who has made the fight against gangs one of his priorities, wanted to strike hard and fast: he sent police and soldiers to the streets, houses, churches, businesses to arrest anything that closely or remotely resembles a pandillero (member of a pandillaa gang), and decreed a state of emergency: suspension of the freedoms of expression, association and assembly, the inviolability of correspondence and the right of defence, extension of police custody from three to fifteen days.

Read also: Article reserved for our subscribers In El Salvador, open war between Nayib Bukele and the gangs

In the process, a reform of the penal code has multiplied by five the penalties for belonging to a gang (up to forty-five years in prison for their leaders) and makes it possible to condemn minors to ten years in prison from the age of 12 years. The detainees, immediately promised the Head of State, will see their meals rationed, will sleep on the ground, will no longer see the light of day and will be isolated from the outside world. Ministers and deputies of the majority approve. The population too, victim for decades of the cruelty of the pandillas, who have long had the habit of torturing, dismembering, cutting off heads and abandoning corpses on the sides of the roads.

With 1.7% of the adult population behind bars, El Salvador has become the country with the highest incarceration rate in the world. According to a calculation by the Foundation for Law Enforcement Studies, 83,000 people are in prison for a prison capacity of 27,200 places. Authorities estimate the total number of pandilleros at 70,000. A huge “terrorist containment center” is being built in Tecoluca, 75 km east of the capital, for 40,000 prisoners.

You have 83.9% of this article left to read. The following is for subscribers only.