In Brazil, the return of hunger, legacy of Jair Bolsonaro 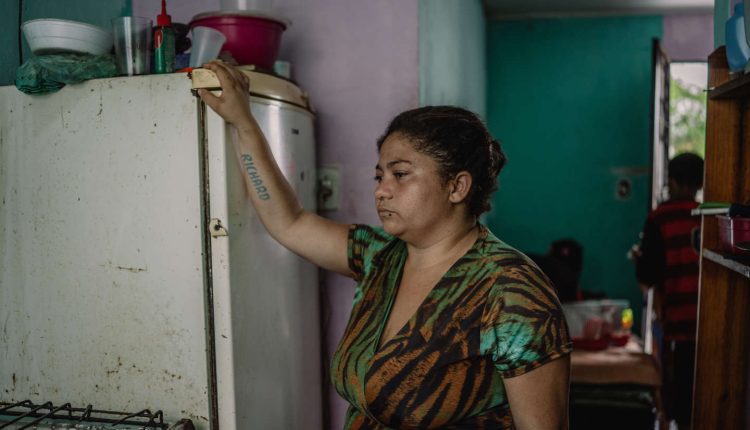 It was July 22. Desperate, Valquiria dos Santos grabs her smartphone and calls for help. “I speak as a mother, as a woman to ask for help! she implores, her voice broken, in an audio message shared on WhatsApp. I don’t have a job, everything is so expensive, there’s nothing left to eat at home. Can you help me ? Anything will do! » To these heartbreaking words, Valquiria adds a photo of her kitchen cupboard: empty, except for three half-eaten sacks of flour.

The story of this 30-year-old young woman, resident of the Parque Vila Nova favela, located in the town of Duque de Caxias, in the northern suburbs of Rio de Janeiro, moved beyond her community. In a few hours, thanks to the support of a local association, Valquiria manages to collect nearly 250 reais (48 euros) and gets its head above water. “I was hungry when I was little. I know how much it hurts. I don’t want my kids to know that.” she testifies.

Life has dogged this courageous mother, born in the Nordeste. Asthmatic, itinerant seller of chocolate bars, she earns only a few euros a day to feed her household: five children and an emaciated husband, unemployed and ill with AIDS. The last times have been particularly hard. Humiliating, even. Meals had to be skipped. Begging in supermarkets. Turn over the garbage cans in search of leftover meat. “It’s so rare to have one that you end up eat this…”acknowledges Valquiria sadly.

From her brick house, surrounded by a sticky swamp and a garbage dump, where ragged paupers and crack users burn copper, Valquiria has a bird’s eye view of Brazilian desperation. “I am far from the only one in this situation”, she admits. After having declined considerably in the 2000s, hunger is indeed back in Brazil, a sad legacy of far-right president Jair Bolsonaro, candidate for re-election in the October 2 ballot.

“Here, hunger is everywhere, and the state nowhere”

A study published in June by the Penssan network, which specializes in food security, revealed the extent of the phenomenon: hunger today affects 33 million Brazilians – 15% of the population – almost twice more than in 2020. The tragedy affects the whole country, but particularly affects women and black or rural communities in the Northeast and Amazon regions.

The situation is anything but new. “Hunger is part of the history of Brazil”, recalls Patricia Andrade de Oliveira e Silva, economist at the University of Campinas (Unicamp). Everyone remembers the cycles of droughts and deadly famines in the Northeast (that of 1979-1983 claimed up to a million victims). “The Brazilian State, heir to slavery and colonization, has never put in place the basic educational, agrarian and social structures that can remedy this tragedy. Part of the population has been deliberately kept in extreme destitution”underlines the researcher.

You have 62.79% of this article left to read. The following is for subscribers only.

Venezuela: after the “partial agreement” between power and the…