In Brazil, Lula’s party weakened at the regional level 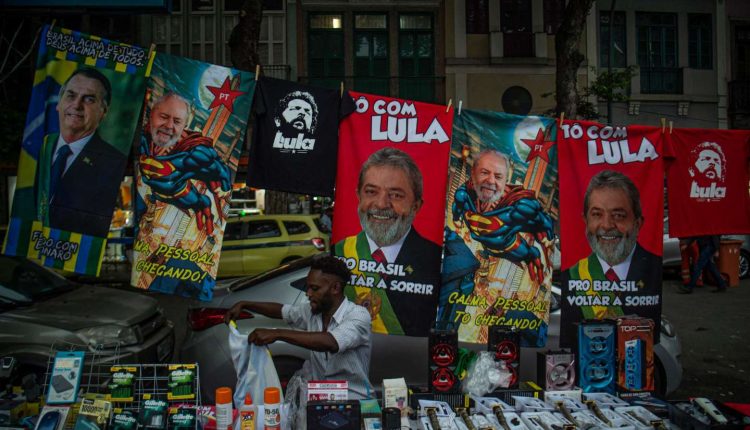 They have long been overshadowed by the “clash of the titans” Luiz Inacio Lula da Silva and Jair Bolsonaro. Sunday, October 2, legislative and local elections will also take place in Brazil. The opportunity, for 156 million voters, to renew all the members of the Chamber of Deputies, a third of the seats of senators and all the governors and regional assemblies of the country.

This year, the event took on the appearance of an exuberant celebration of democracy, with more than 28,000 candidates, all ballots combined. Among them, the craziest candidates: “Wolverine”, “Obama”, “007”, “Gladiator”, “mountain dwarf”, “pastor Batman”, “samurai taxi” candidates…. Some pose in bathing suits or inside a coffin. Others equip themselves with a gun, a tire, a melon or an inflatable cow…

Extreme indecision of the electorate

Beyond folklore, these polls are a reflection of the fundamental evolution of Brazilian society. The number of women running for general elections is on the rise, as is that of blacks and mixed-race people, who now outnumber whites. In order to counterbalance the influence of the “BBB” (“beef, Bible, bullet” or agribusiness, evangelicals and guns) pressure groups dominating the Congress of Brasilia, the Articulation of Indigenous Peoples of Brazil (APIB) even sponsors thirty own applications from indigenous peoples. The goal: to form a “forest lobby” at the heart of the institutions.

Also read the archive (2017): Article reserved for our subscribers Brazil under the influence of the “BBB” for beef, Bible, ball

In the Federative Republic of Brazil (official name of the country), legislative and local elections are far from being anecdotal. The twenty-seven governors of the country have extremely extensive prerogatives, ranging from health to education, through the maintenance of order. The same goes for the 513 deputies and 81 senators of Congress, who have the power to veto the president’s decisions, or even, if necessary, to impeach him.

The methods vary from one ballot to another and predictions are difficult: the governors, like the President of the Republic, are elected by a majority vote in two rounds, against a single round for the senators, and a proportional vote weighted by a complex electoral quotient for federal and regional deputies. Proof of the ambient confusion, extreme indecision reigns in the electorate. Nearly one in two voters had still not made their choice of deputy, revealed, on September 23, a survey of the news site Congress and Foco.

You have 56.5% of this article left to read. The following is for subscribers only.