For Nicaraguan President Daniel Ortega, the Catholic Church is a “perfect dictatorship” 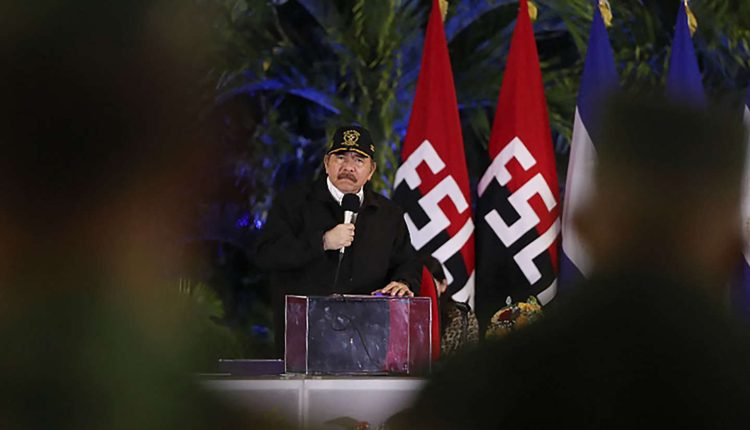 Ignoring the outstretched hand of the pope who insisted on the need for “dialogue”Nicaraguan President Daniel Ortega on Wednesday evening called the Catholic Church a “perfect dictatorship, of perfect tyranny”, in a context of growing tension with the Church after the arrest of a bishop critical of the government and the expulsion of the apostolic nuncio.

On the occasion of a speech for the 43e anniversary of the founding of the Nicaraguan police, Mr. Ortega delivered an indictment against the Church. It has ranged from the Inquisition to violence against Indigenous children in Canada, to “priests, bishops” Nicaraguans accused of having “armed” the demonstrators who demanded his resignation in 2018 within the framework, according to him, of“attempted coup” at the instigation of“imperialism” American.

“There is a dialogue”

Nicaraguan authorities have already assaulted and harassed members of the clergy on numerous occasions. They call for an end to the repression against the revolt movement born in April 2018 to demand the departure of Mr. Ortega (in power from 1979 to 1990 and since 2007). That year, security forces killed 355 protesters, injured 2,000 others and made hundreds of arbitrary arrests, according to the Inter-American Commission on Human Rights.

Read also: Article reserved for our subscribers In Nicaragua, the power targets the Catholic Church

Last March, Nicaragua expelled the Vatican ambassador. In August, M.gr Rolando Alvarez, a critic of the regime, was arrested and “house arrest”according to the police who cited activities “destabilizing and provocative” of the bishop. Pope Francis had insisted, on September 15, on the need to maintain the discussion with Nicaragua. “We spoke with the government. There is a dialogue. That does not mean that we approve of everything the government does. Or that we disapprove of everything”said the Argentine pope.

“I would say to His Holiness the Pope, with all due respect, to the Catholic authorities – I am a Catholic –: as a Christian, I do not feel represented”replied Daniel Ortega on Wednesday, referring to “terrible story” from the church. “We hear them talk about democracy”he quipped, recommending that all clerics be elected by the faithful.

Mr. Ortega also attacked US Under-Secretary of State Brian A. Nichols, “who continually comes out with statements, who looks like a bulldog, (…) who barks at Cuba, at Venezuela, at Nicaragua”. He also denounced the government of Chile, whose president, Gabriel Boric, recently criticized human rights violations in Nicaragua. The Chilean government, denounced Mr. Ortega, has been “mounted on the foundations of a dictatorship, a Pinochetist tyranny which represses students”.

The Catholic Church is not the only institution in Mr. Ortega’s crosshairs. According to a diplomatic source, the Nicaraguan Minister of Foreign Affairs, Denis Moncada, notified Wednesday of his expulsion to the Ambassador of the European Union (EU) in Managua, Bettina Muscheidt. Mr. Ortega did not confirm this information during his speech.

The EU and the United States have imposed numerous sanctions on Nicaragua and on regime figures over the past four years, citing in particular human rights violations. The EU has also called for the release of more than 200 imprisoned opponents.