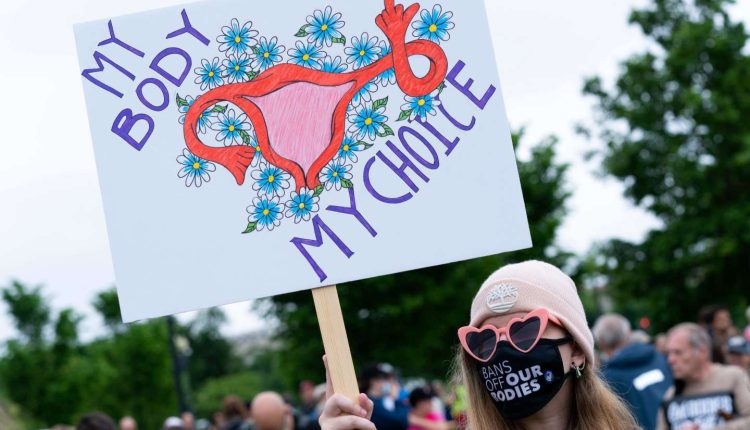 FactualSome 450 parades are organized across the country, including large marches in Washington, New York, Chicago, Austin and Los Angeles.

“Hands off our bodies!” » This is the watchword of thousands of demonstrators taking to the streets of the United States on Saturday May 14 to defend the right to abortion, threatened by the Supreme Court which seems ready to go back, 50 years after its decision. history of protecting abortion.

“We are done with attacks on abortion. We are demonstrating today to say it loud and clear: don’t touch our bodies.said Saturday in a tweet Women’s March, one of the organizations behind this great day of action.

Some 450 parades are organized across the country, including large marches in Washington, New York, Chicago, Austin and Los Angeles. In the capital, the parade must start at 2 p.m. local (8 p.m. in France) to head towards the building of the Supreme Court. At least 17,000 people are expected, according to organizers.

Even if it is supported by a majority of the population, according to recent polls, the right to abortion has been a very divisive social issue since the historic judgment “Roe v. Wade » of January 1973, which protects the right of American women to terminate their pregnancies.

The Supreme Court, which must render its decision by the end of June on a Mississippi law limiting the legal deadlines for abortion, has been in turmoil since the beginning of May and the revelation by the Politico news site of a draft decree which, if adopted as is, will grant American states the right to prohibit or authorize abortions.

Read also: Article reserved for our subscribers United States: a draft decision of the Supreme Court which would remove the right to abortion has leaked

Abortion is already restricted in 23 Republican-led states, and more are awaiting a ruling from the Supreme Court, now firmly entrenched in conservatism, to follow that path. Twenty conservative states have already promised to make it illegal, some even in cases of rape or incest, which would force women to travel thousands of miles to have an abortion.

Read also: Article reserved for our subscribers Why is green the color of the fight for the right to abortion?

Since the revelations of Politico, groups – more or less dense – come every evening to shout their anger in front of the American temple of law, an imposing white marble building now protected by a fence. And some demonstrators are protesting to cries of “my body, my choice” even in front of the residence of conservative judges of the Court in the wealthy suburbs of the capital.

If the stop is cancelled, “this is going to be awful” predicted Linda Coffee, who represented Jane Roe at the time, and who today castigates a “very vocal minority” opponents of abortion. The elected Democrats in Congress, who have promised to protect the right to abortion in the states where they are in the majority, also called on Friday for a large mobilization by gathering on the steps of the Congress which faces the Court supreme.

Read also: What is the Roe vs. Wade case, which opened the right to abortion in the United States in 1973?

Support from the economic world

“We won’t stop fighting until everyone, and I mean everyone, has access to safe and legal abortions, regardless of income, zip code or ethnicity”promised elected official Barbara Lee, who has in the past publicly discussed her own clandestine abortion.

Without the Supreme Court, the options for protecting this right at the federal level are slim. The Chamber did vote last fall for a law guaranteeing access to abortion throughout the country. But this text does not manage for the moment to pass the stage of the Senate, where the Democrats do not have a sufficient majority.

For progressives, support could also come from the economic world. More and more companies, which have long avoided this subject, are taking a stand for the right to abortion with the emergence of a new generation of leaders with different expectations.

Treasury Secretary Janet Yellen also warned of the consequences “very harmful to the economy” if the “women’s right to decide when, and if, they want to have children” was questioned.

Eric Fassin, professor of sociology at the University of Paris 8: “Abortion, the end of a right”

Amandine Clavaud, Director of the Gender Equality Observatory at the Jean-Jaurès Foundation: “The cold war against women has never ended”

Denis Lacorne, emeritus research director at CERI-Sciences Po: “The triumph of Trumpism and these main supporters”

Esther Cyna, Doctor of American Civilization: “The Supreme Court’s project on abortion risks calling into question other advances in the civil rights movement”