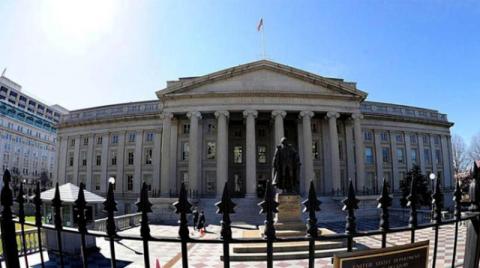 For their supposed role in “repressing protests and blocking the Internet”

Yesterday (Thursday), the United States designated 7 Iranian officials for their alleged role in the bloody crackdown on protests sparked by the death of Mahsa Amini.

A statement by the US Treasury said that Interior Minister Vahidi is “the regime’s main tool in the crackdown,” while Communications Minister Zarepour is “responsible for the shameful attempt to disrupt the Internet.”

“The United States condemns the Iranian government’s blocking of the Internet and violent suppression of peaceful protests, and will not hesitate to target those who direct and support these steps,” Deputy Treasury Secretary Brian Nelson said in a statement.

Meanwhile, the protests against the authorities went on a choppy path, and pushed the government towards appeasement.

School students in Tehran and Iranian cities continued several protests, which were sparked by the death of Amini, 22, while she was detained by the morality police. Tehran and other cities witnessed protest rallies until late Wednesday.

The Iranian police chief, Hossein Ashtari, called on Iranian families to ask their children not to participate in the protests.

And Interior Minister Ahmed Vahidi went to Zahedan yesterday, after instructions from my chief to open an investigation into the bloody events that took place in the city.
… More