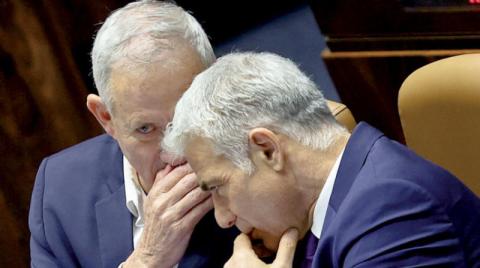 Yesterday, European diplomatic sources suggested the resumption of indirect dialogue between Tehran and Washington, following US President Joe Biden’s visit to the region in the middle of this month, at a time when an atmosphere of pessimism reigned over Western diplomats after the failure of the Doha Round to make progress to overcome outstanding issues.

Two European diplomats with direct knowledge of the Doha negotiations told Bloomberg that efforts to revive the nuclear agreement are expected to continue beyond the July deadline proposed by the International Atomic Energy Agency. A third source familiar with the talks also said that efforts could resume in the Qatari capital following Biden’s visit to the region. According to a US official who spoke to Reuters, the differences widened after the talks hosted by Doha last week, and they were not successful, adding, “The prospects for reaching an agreement after Doha are worse than they were before Doha, and will get worse day by day.”

“After the Doha talks, we will coordinate the next phase of talks with the European Union,” Iranian Ambassador to the United Nations Majid Takht Ravanchi tweeted.

Meanwhile, Israeli Defense Minister Benny Gantz instructed to open an investigation into what he considered “dangerous leaks from closed security talks”, in reference to the leaking of information from details of operations targeting Iran in the framework of the so-called “shadow war”.
… More