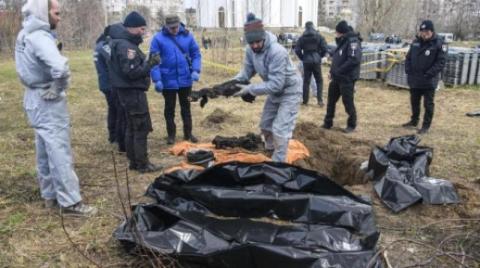 A mass grave in the town of Bucha in Kyiv (AP)

The UN Commission of Inquiry on Ukraine confirmed on Friday that “war crimes” have been committed in the country since the Russian invasion in late February, according to Agence France-Presse.
“Based on evidence collected by the Commission, the Commission has concluded that war crimes have been committed in Ukraine,” said Commission Chairman Eric Moss in the first oral report. The report lists the Russian bombings of civilian areas and a large number of executions, torture, ill-treatment and sexual violence.

Yasmina Khadra: My new novel, The Righteous, is the culmination of 50 years of…

North Korea launches a ballistic missile towards the east

The Nobel Prize in Medicine for Swede Babu, a researcher in human evolution