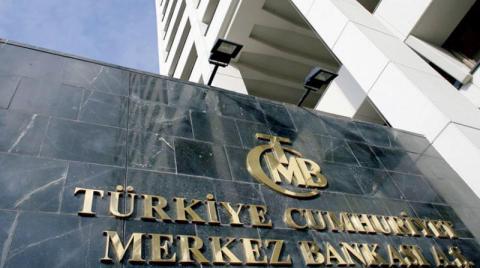 On Thursday, the Turkish Central Bank kept the key interest rate for the sixth consecutive month at the level of 14 percent, refusing to increase it, despite inflation, which reached 75 percent within one year.
“The process of reducing inflation will begin with the return of an atmosphere of peace in the world and the disappearance of the main effects of inflation,” the central bank said in a statement to justify its decision.
In a Reuters poll, all but one of the 15 economists expected the central bank to keep the interest rate unchanged. And one expected a rate cut to 13 percent.
Most of the economists who participated in the poll also expected the base interest rate to remain fixed until the end of the year.
Turkish President Recep Tayyip Erdogan forced the central bank to cut the key interest rate from 19 to 14 percent between September and December. These decisions caused the decline of the Turkish lira, which lost 44 percent of its value against the dollar in 2021.
The Turkish currency has depreciated by 23 percent against the dollar since January 1, despite repeated interventions by the Central Bank. In early June, the Turkish president said he wanted to cut interest rates again, and stressed: “We don’t have an inflation problem. Rather, it is a problem of the high cost of living.”
As a result of the collapse of the Turkish lira and the rise in energy prices in particular, inflation reached 73.5 percent at an annual rate in May, according to official figures, the highest level since Erdogan’s Justice and Development Party came to power in 2002, and it may worsen further in light of The war in Ukraine. In the run-up to the June 2023 elections, the opposition and many economists accused the National Statistics Authority of deliberately underestimating inflation.
Erdogan stressed that inflation will start to slow “after May.” Erdogan, who spent 19 years in power as prime minister and then president, hopes to be re-elected during the next presidential election scheduled for June 2023.
On the other hand, the Turkish parliament approved late Wednesday evening a law aimed at transforming the Istanbul Financial Center district into a global financial center.
The Turkish Anadolu Agency reported that the Turkish sovereign wealth fund will establish a company to manage the Istanbul Financial Center for a period of 20 years.
Bloomberg Agency indicated that the various Turkish ministries will launch a so-called “one-stop shop” system to deal with the requests of investors wishing to work in the center. Exports of financial services carried out by companies from within the Istanbul Financial Center will be exempt from corporate taxes until 2031. All profits from activities in the center will also be exempted from all types of taxes, in addition to exempting up to 80 percent of the wages of workers in the center from taxes .