The Sudanese are awaiting the announcement of the civilian government 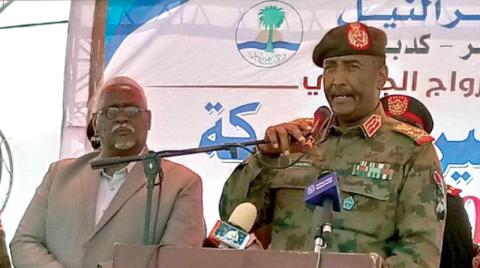 The Sudanese are anticipating an imminent agreement to form a civilian government, with two civilian heads of state and government, in addition to naming the current head of the Sovereign Council, Abdel-Fattah Al-Burhan, commander-in-chief of the army, and his deputy, Mohamed Hamdan Dagalo, commander of the Rapid Support Forces, which was clearly indicated by the representative of the Secretary-General of the United Nations, Volker Perthes, This was confirmed by a leading source in the opposition “Coalition of the Declaration of Freedom and Change.”

Al-Burhan himself, in a speech yesterday, spoke of the “humans” of the people without revealing their content, and combined them with making concessions by the political forces, in order for the people of Sudan to live a stable and secure life, declaring his readiness to adopt any initiative that would bring the country out of the crisis.

The opposition source revealed to Asharq Al-Awsat that the names of former Finance Minister Ibrahim al-Badawi, former Minister of Justice Nasr al-Din Abdel Bari, and former Minister of Awqaf Nasr al-Din Mufreh were circulated, as they are among the most prominent to assume the positions of head of state and prime minister in the planned transitional government.

Perthes had said in an interview with Al-Arabiya: “It seems to me, and from what I hear and understand from the military component and from civilians, that there is an understanding to form a security and defense council headed by the prime minister… It also seems to me that the Sudanese parties have agreed on this constitutional institution and its sovereignty. – The Security and Defense Council – to do its own business… Almost all Sudanese actors talk to each other through us.
… More