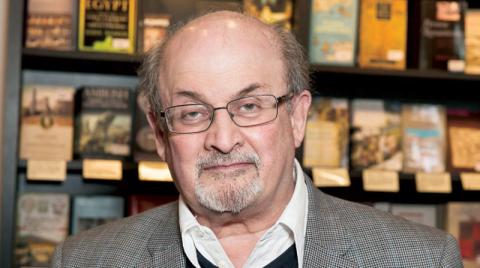 Writer Salman Rushdie, whose death Ayatollah Khomeini issued a fatwa in 1989 for his book “The Satanic Verses”, was stabbed in the neck at the Chautauqua Institute theater in western New York yesterday.

An Associated Press reporter who was at the scene confirmed that Rushdie, 75, was apparently stabbed in the neck by a man as he was about to give a lecture. According to the agency, the attacker began punching or stabbing Rushdie 10 to 15 times. Witnesses reported that the attacker was handcuffed shortly afterwards. Rushdi’s health condition was not immediately known, but a helicopter was called to the scene and rushed to the hospital.

Later yesterday, the New York Governor confirmed that Rushdie is alive and being treated in hospital, while the British writer’s agent confirmed that he underwent surgery.

Rushdie’s fourth novel, The Satanic Verses, was banned in many Muslim countries when it was published in 1988. A year later, Iranian leader Ayatollah Khomeini issued a fatwa calling on Muslims to kill the novelist. The Iranian government has long distanced itself from the fatwa, but anti-Rushdie sentiment remains. Censorship Index, an organization that promotes free speech, said the money was raised to boost the reward for his most recent murder in 2016.

Rushdie is a former president of PEN America. The organization’s chief executive, Susan Nossel, said in a statement she was “shocked and horrified” by the attack. “We cannot think of an incident comparable to a violent public attack on a literary writer on American soil,” she added.
… More