Sudan is on the verge of getting out of the “tunnel” 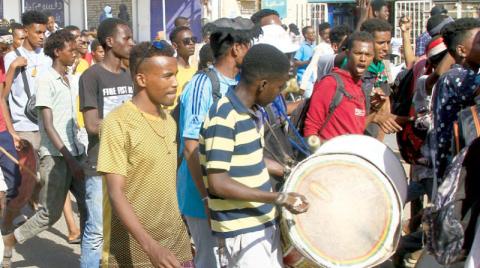 The Sudanese capital, Khartoum, is preparing to sign, tomorrow, the “framework agreement” between the army and the main opposition coalition in the country, “Freedom and Change”, amid a large international and regional presence in the Republican Palace, in a move that many described as a “exit from the tunnel” that the country has been living in for more than a year. from a year.

Political parties outside “Freedom and Change” will join the signature, but they support the transition to a civil system, while armed movements fail to sign, the most important of which are “Justice and Equality” and the “Sudan Liberation” movement.

The announcement of the signing of the agreement by the Sovereignty Council came after a meeting held on Friday evening, which included the head of the Sovereignty Council, Lieutenant General Abdel Fattah al-Burhan, and his deputy, Lieutenant General Muhammad Hamdan Dagalo (Hamidti), with the leaders of the political forces that signed the political declaration.
… More