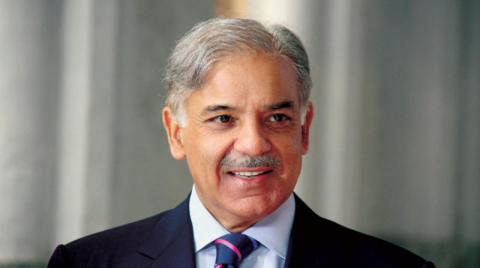 Pakistani Prime Minister Shahbaz Sharif stressed that his country enjoys a strong brotherly relationship with Saudi Arabia that has allowed the development of multidimensional cooperation. Sharif explained in an interview with Asharq Al-Awsat that the renewed economic scene in Pakistan and Saudi Vision 2030 created new opportunities for economic, political and cultural cooperation, including the sectors of information technology, agriculture, food security, environment, renewable energy, defense, tourism, and employment of workers. and train them.

75 years after Pakistan’s independence, the prime minister is putting economic reform at the forefront of his country, saying, “The economy is the biggest challenge we face. Our coalition government has prioritized economic stability on the agenda, and we are in the process of implementing reforms to achieve economic self-sufficiency.”

On the other hand, Sharif conditioned the launch of a serious dialogue on Jammu and Kashmir with the need for India to stop what he described as “illegal acts” and “brutal treatment of innocent Kashmiris,” explaining that “Jammu and Kashmir is the primary conflict between Pakistan and India (…), and will remain At the top of the priorities of Pakistan’s foreign policy until its final solution, in accordance with relevant Security Council resolutions, and in accordance with the wishes of the Kashmiri people.”

On the repercussions of the Ukraine war on food security and the global economy, Sharif said, “The alarming effect of rising food and fuel prices is being felt all over the world, including developed countries that are facing the highest inflation rate in decades. For developing countries, such as Pakistan, the effects of higher prices are more pronounced; Especially in light of our current economic challenges.

The Prime Minister of Pakistan welcomed the recent agreements between Russia, Ukraine, Turkey and the United Nations to transport Ukrainian grain from the Black Sea ports, hoping that these initiatives will help alleviate food shortages.