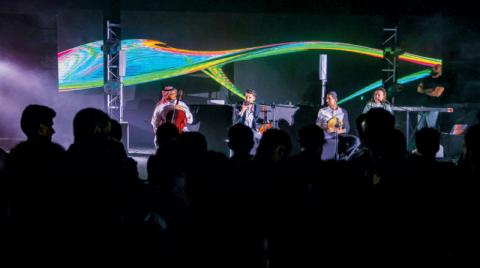 Out of its awareness of the importance of musical culture in building bridges of communication with different cultures of the world, the Saudi Ministry of Culture, through the Music Commission, is keen to be present in international festivals, and this comes with the purpose of highlighting the artistic depth and musical diversity that abound in different regions in Saudi Arabia.

In this context, the role of the Music Authority remarkably emerged in the first music festival, organized by the French Embassy and the French Association in partnership with “Middle Beast” and the 2030 Association outside the framework of diplomatic work in Saudi Arabia, to celebrate the World Music Day in Riyadh, Jeddah, Khobar and Al-Ula.

Founded 40 years ago by Jacques Lang, former Minister of Culture in France, the festival aims to celebrate live music performances and highlight the richness and diversity of musical culture. It also aims to reach all music lovers and introduce young people and adults to various forms of musical arts.

The day dedicated to music is in harmony with the cultural features of each country, which allowed it to spread more widely to become a well-known musical event in the world, as more than 120 countries celebrated the World Music Day in 2017.

French Ambassador Ludovic Pouille told Asharq Al-Awsat that this is the first edition of World Music Day in Saudi Arabia, 40 years after its beginning in France, and after its establishment in 120 countries, to land here in Riyadh, Jeddah, Al-Khobar and Al-Ula, on an exceptional day, we are very happy. to be a participant in it.

One of the artists participating in a song he wrote about his life in Saudi Arabia (Photo: Saad Al-Dosari)

He also added that Saudi Arabia has become a center for art and artists from around the world, through its major musical celebrations, in addition to its entertainment seasons that contribute to supporting international and local musicians.

For her part, the Saudi music coordinator “Solskin” said that she is proud to participate in this forum and perform her musical pieces in front of a large number of spectators from different backgrounds and groups, who interacted with her very positively. The Saudi musician did not think that she would one day stand in front of such a large number of audiences so quickly, as she began her artistic career about two years ago, that is, during the period of the Corona pandemic, but today she stands on the stage and performs her pieces in front of more than a thousand spectators who interacted with her greatly. The evening began with a group of promising local artists who performed various types of music, ranging from oud playing and classical works to techno styles and dance rhythms, followed by four Saudi and French DJs who presented an entertainment show celebrating Saudi youth in front of more than 1,500 spectators. 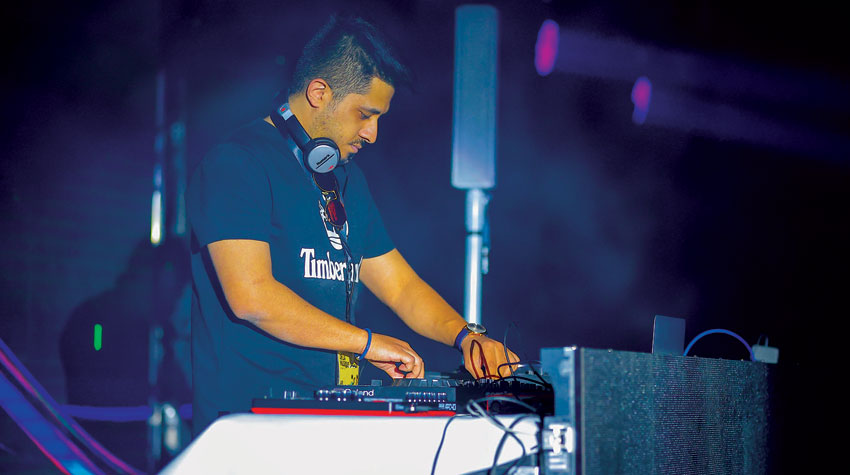 The Music Authority works to organize, develop and advance this sector to reach international levels. Reflecting the cultural diversity of the Kingdom and benefiting from national talents and experiences to sustain this sector; With the aim of developing the musical cultural identity of Saudi Arabia and spreading it regionally and globally, it also supports music as an art, culture, science and entertainment through the promotion and improvement of 5 pillars; These are music education, music production, music performance, support and promotion, and provision of a licensing system.

This stems from its vision of looking forward to a future that is proud of the Saudi musical heritage; As an art, culture, science and entertainment, so that music becomes a means of pride in the country, culture and heritage at the local and global levels. The Music Authority also announced the opening of registration in the Saudi Music Centers, which is a qualitative initiative that is the first of its kind in Saudi Arabia, and provides high-level education and training for music in its various disciplines.

The Ministry of Culture has adopted a number of initiatives to advance this sector, including the launch of the virtual training program for the music industry “Sanaa”; Based on its role in developing the sector and encouraging individuals, institutions and companies, and its belief that talented people are the cornerstone for its advancement by making a qualitative leap to enhance the national music content at the local and global levels.