Russian-Ukrainian “conversations” in the UAE 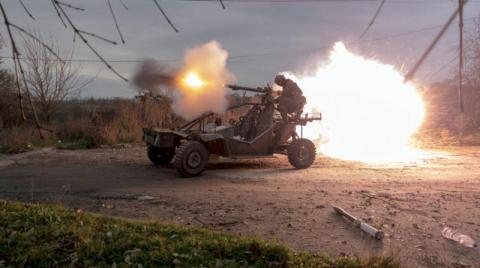 The Kremlin declined to confirm or deny media information that I spoke yesterday about representatives of Russia and Ukraine holding a recent round of talks in the United Arab Emirates. However, a Russian diplomatic source told Asharq Al-Awsat that Moscow welcomes any role played by Abu Dhabi to mediate the files. subtracted. He added that «the UAE is a reliable partner», and «it suggested, earlier, to play a mediating role».

It was reported that the meeting, which was held in the UAE on the 17th of this month, discussed the possibility of resuming the export of Russian ammonia in exchange for the exchange of Russian and Ukrainian prisoners of war.

While the Russian Ministry of Defense said that Ukraine had released 50 Russian soldiers who were in captivity, Andrei Yermak, director of the Ukrainian President’s Office, stated that Kyiv had received 48 soldiers and two officers from Russia. Among them are soldiers from the navy, infantry, border guards and local fighters.

Reuters quoted sources familiar with the progress of the talks as saying that the negotiations aimed, in particular, at overcoming the remaining obstacles to the implementation of the grain deal, which was extended on November 17.

These data received indirect confirmation from the UAE, as the UAE Foreign Ministry confirmed yesterday that diplomacy is still the only way to end the Russian-Ukrainian crisis. “Since the beginning of the crisis, the UAE has called for a halt to escalation and the start of dialogue, and has supported all diplomatic initiatives in this regard,” Lana Nusseibeh, Assistant Minister of Foreign Affairs and International Cooperation for Emirati Political Affairs, said in a statement.

And she stressed that «the United Arab Emirates firmly believes that diplomacy is still the only way to end the crisis. The UAE shares the international community’s deep concerns about the repercussions of the current situation on civilians inside and outside Ukraine, and on peace, security and stability at the regional and international levels.

Technical superiority raises the fun in the game “Lord of War: Final Battle”