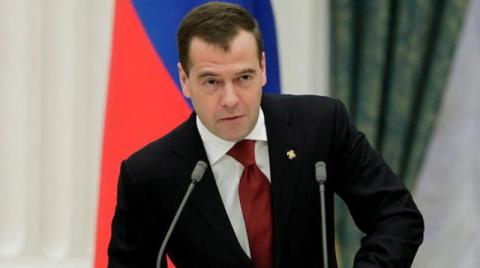 The visit of Deputy Chairman of the Russian Security Council, Dmitry Medvedev, to Lugansk yesterday (Friday), reflected a tendency on the part of Moscow to accelerate steps aimed at annexing this Ukrainian region, and to make final arrangements for the post-operations phase. Although Moscow did not reveal extensive details about the visit, the announcement that Medvedev carried out it on behalf of President Vladimir Putin carried remarkable indications, in terms of being the highest-ranking Russian official to visit the region since the outbreak of fighting last February, in addition to his representation of the country’s president.

A brief statement, issued after the visit, indicated that Medvedev discussed with the presidents of Lugansk and Donetsk “priority measures that must be taken to ensure the security of Donbass.”

On the other hand, it seemed yesterday that the pro-Moscow separatists are heading to temporarily close the Zaporizhia nuclear plant against the background of the escalation of the conflict around it.

For his part, Rafael Grossi, Director-General of the International Atomic Energy Agency, told the UN Security Council on Thursday evening that the “situation is critical” at the Zaporizhia station. Grossi called at the emergency meeting of the Security Council to “allow the International Atomic Energy Agency to send a mission to Zaporizhia as soon as possible.”
… More