Rising oil casts a shadow over the US elections 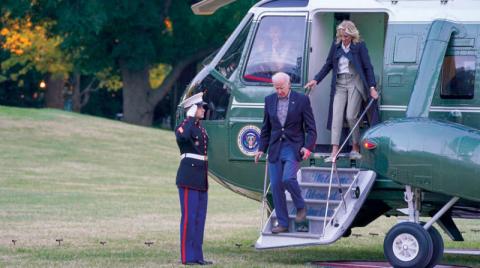 The Kremlin: Reducing OPEC production will stabilize the market

The rise in oil prices caused by the decision of the Organization of Petroleum Exporting Countries (OPEC) to cut production has cast a shadow over the upcoming US congressional midterm elections.

US President Joe Biden and Democrats in general fear that rising energy prices will wipe out their chances of winning the elections scheduled for November 8th.

It is customary for the American voter to go to the polls with a package of files through which he decided his decision.

The most prominent of these files are usually the economy, and that is why the White House has recently strived to control oil prices, which rose dramatically last June, as a result of the crisis with Russia.

Today, the average price of a gallon of gasoline in the United States is about $3.8, but the administration is preparing for an expected rise in these prices as a result of the new decision.

Meanwhile, the Kremlin said yesterday that the significant OPEC production cut announced on Wednesday would “stabilize the oil market”, after the United States accused the organization of “biasing with Russia” in making the decision.

“The decisions taken are aimed at ensuring the stability of the oil market,” Russian presidential spokesman Dmitry Peskov said. Some countries understand the absurdity of the decisions that the United States is pushing towards them, and work with Congress to try to reduce (OPEC) control over energy prices.”
… More