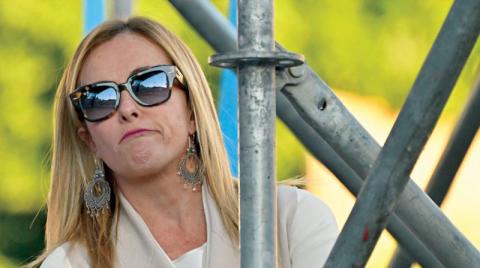 With the arrival of the far-right to power in Sweden recently, and the approach of several radical parties against the existing regime in Western countries, Italy is also preparing to catch up with this with its parliamentary elections, which are likely to bring the icon of the far-right Giorgia Meloni to the top of the political hierarchy, to be the first woman Presiding over the government in the country’s history.

Hardly a day passes since the beginning of the election campaign without Meloni conjuring up some ideas and positions that, although the Italians did not stop due to what they heard, sounded alarms in European capitals, fearing that her arrival to the prime ministership would consolidate the extreme right across the continent. The rise of the extreme right and the arrival of Giorgia Meloni to the gates of power in Italy is not due to the return of life to fascism as much as it is caused by the Italian voter’s attraction to programs and projects that oppose the existing political situation and call for a radical change.
… More