Notebook: The late Peter Bogdanovic…Loved Hollywood and made his own movies 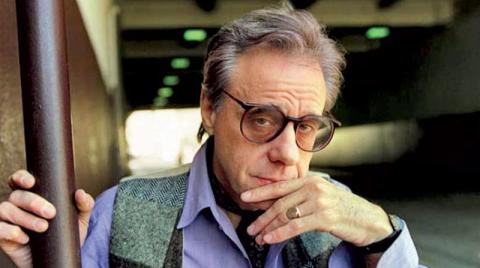 More than other departed American directors, Peter Bogdanovich, who died on the 6th of this month at the age of 82, represents the pinnacle of the success of the “Seinephile” that fell in love with former Hollywood. In this regard, no one is equal and Quentin Tarantino never comes close to him.
He grew up a wanderer with a love of cinema, and at the age of twenty-one he was the first to hold, in the United States, an event for director Orson Welles and his films. And he followed this path in his younger years, celebrating Alfred Hitchcock and Howard Hawks in the same way. Writing criticism and mixing it in an actual way to communicate it to people is not only written (as is the case with us), but as a founder of demonstrations and celebrations in which it attracts movie buffs to deconstruct and analyze the film and determine why Hollywood of the forties, fifties and sixties were important and how?
In 1968, he made his first film, “Targets,” which came to his liking: in black and white, a wounded sniper repatriated from the Vietnam War climbs the roof of an open-air cinema on the night an old horror movie actor (Boris Karloff, who appears In a lot of horror movies, really) the show runs.
In 1971, he directed two films: one documentary about John Ford cinema and the other a fictional entitled “The Last Picture Show” (specifically: The Last Picture Show), inspired by the literature of author Larry McMurty, who set out to write stories about Texas yesterday and near (the cinema transmitted a number of them).
A quiet-toned film about a town quietly dying in the dust of the early fifties. The causes of her death are immigration, a difficult economic situation and a cultural void. In this film, Bogdanovic brings together Jeff Bridges, Timothy Bottoms, Ben Johnson, Chloe Gulager, and Sybil Shepherd, whom he falls in love with either for her beauty or the romance of the idea of ​​a director falling in love with his heroine.
He leaned into comedy in What’s Up, Doc? and then into the detective comedy Paper Moon (1973) and continued his variations, moving from romance (Daisy Miller, 1974) to nostalgia ( “Nicholodeon”, 1976), returning to the drama in “Saint Jacques” (1979) and to the comedy “They All Laughed” (1981). And in the midst of all that is the musical movie, as it was inspired by the 1940s, represented by the movie At Long Last Love.
Not all of his films were equal in overall level. The best ones are “Goals”, “Last Movie Show” and “What’s New, Doc?” And – later – “The Cat’s Meow” (2001), which if it is, is because nostalgia for yesterday’s cinema was part of the entire composition. His love for Hitchcock and the Hawks, his exceptional professional relationship with Orson Welles, and his love for the Buster Keaton and Charlie Chaplin comedies.
He was not satisfied with films, but wrote books and continued writing film criticism, even if it was intermittent. In all of this, he is from this generation who started cinema in the late sixties and grew up appreciating every work that belonged to Hollywood, but he separated from it with his artistry and spirit. These include Francis Ford Coppola, Martin Scorsese, and Brian De Palma.
I met him for a quarter of an hour in 2018, when he was at the Venice Film Festival, where he was shown two films, one about the wonderful comedian Buster Keaton, and the other about a film about the unfinished Arson Wells film The Other Side of the Wind.
Bud smiled and shook his hand and sat in the Excelsior Café and said to me: “You know everything about me, or are you one of those who want me to talk about myself?” Before I answered him, he continued, saying: “In both cases, there is no need for an interview, to talk about cinema, and let us first talk about you.”

February 22, a day to commemorate the founding of the Saudi state