North Korea launches a ballistic missile towards the east 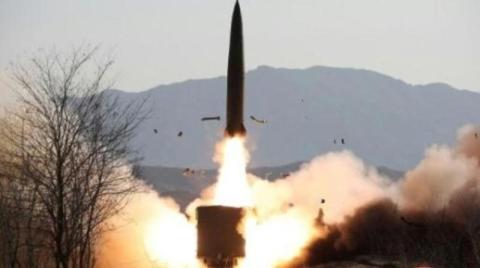 The Japanese government asked its citizens to take cover, as the missile apparently flew over its territory and overtook it before falling into the Pacific Ocean, according to Reuters news agency.

This is the fifth launch by Pyongyang in ten days, with the United States and South Korea flexing their military muscle.

Japanese Prime Minister Fumio Kishida announced that his country “strongly condemns North Korea’s launch of a ballistic missile that likely flew over its northern territory before falling into the Pacific Ocean.”

“A ballistic missile probably passed over our country before falling into the Pacific Ocean,” Kishida told reporters. It is an act of violence that comes after repeated and recent launches of ballistic missiles, and we strongly condemn this.”

South Korean President Yoon Sok-yul vowed a “firm response” to the North’s missile launch, and the South Korean presidency said in a statement that this North Korean missile test was “a new provocation that clearly violates international principles and United Nations standards, and Yoon ordered a firm response and appropriate measures to be taken.” In cooperation with the United States and the international community.