Moscow affirms its “commitment” to avoiding a nuclear war 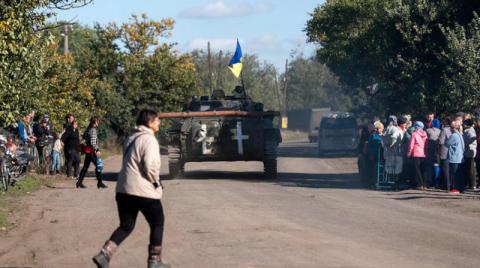 It denied reports that 700,000 Russians have fled… and Kiev is consolidating its gains in Kherson

Russia on Thursday affirmed its “full commitment” to the principle of not allowing a nuclear war, amid heightened fears of a dangerous escalation in the seven-month-old conflict in Ukraine. In a press briefing, Russian Foreign Ministry spokeswoman Maria Zakharova said that Moscow’s position, which is never to engage in a nuclear war, has not changed.

Russian President Vladimir Putin had previously said he “did not cheat” about his willingness to use nuclear weapons to defend his country’s territorial integrity.

In turn, Czech President Milos Zeman, whose country hosts the leaders of 44 countries belonging to the “European political community”, called on the West to warn the Kremlin that if it uses nuclear weapons, there will be a “decisive military response despite the possible consequences.”

Meanwhile, Kyiv revealed yesterday (Thursday) that it consolidated its gains, and that it regained 400 square kilometers in the Kherson region within two weeks, at a time when the Russian forces confirmed that they are maintaining the steadfastness of their defensive line.

A spokesman for the Russian Defense Ministry, Igor Konashenkov, stated that the Russian forces repelled several attempts to penetrate the front on the Andrevo – Kryvyi Rog axis in Kherson.