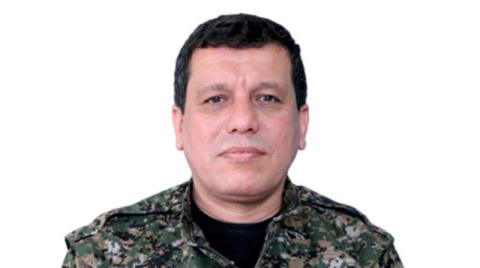 The commander of the “Syrian Democratic Forces” (SDF), Mazloum Abdi, said, in an interview with Asharq Al-Awsat, that the administration of former US President Donald Trump “betrayed” his forces by not standing up against the Turkish incursion at the end of 2019.

He was asked about his concern about his forces being exposed to another “betrayal”, and he replied: “We are always concerned, but we hope that President Joe Biden’s administration will fulfill its obligations and not allow Turkey to carry out any military operation” in Syria. He pointed out that Turkish planes “entered the Deir ez-Zor region, 70 km inside the border, and targeted al-Hol camp at a depth of 80 km, and the Syrian airspace was open,” and that America did nothing but make statements.

Abdi Mudhoun revealed the content of his talks with the commander of the Russian forces, General Alexander Chaiko, who visited him at his headquarters east of the Euphrates, saying: “Russia is currently in a neutral position between us and Turkey, and is trying to make the Sochi agreement of 2019 valid, and to address the violations. For our part, we have many observations about Turkey and the many violations it is carrying out.

In response to a question, he said that the “SDF” is part of “the defense system of the Syrian army. But we have conditions and details. We have 100,000 armed men and they need a constitutional solution.” He added that he would go to Damascus “when the conditions are ripe for a solution.”
… More