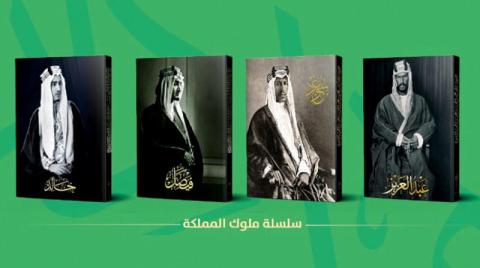 It was presented by the Heritage Foundation in the presence of its founder, Prince Sultan bin Salman

The Heritage Foundation is participating in the Riyadh International Book Fair, which is currently being held in the Saudi capital, with a remarkable presence, and celebrated yesterday, Monday, its most prominent publications, as Prince Sultan bin Salman bin Abdulaziz, Advisor to the Custodian of the Two Holy Mosques King Salman bin Abdulaziz, founder and president of the Foundation, inaugurated the edition. The third is from the book “From extinction to prosperity… the civilizational dimension of the Kingdom of Saudi Arabia” and the book “Al Ra’aa, or the Other Hassan Fathi, Sabasa Blanca,” coinciding with the International Day of Architecture.

The Foundation’s pavilion includes a number of its specialized publications in history, culture and heritage in several languages, among those publications is its series on the kings of Saudi Arabia, which documents their march and achievements in serving the nation, through a number of rare photographs, in addition to books by Western travelers about the Arabian Peninsula, books of cities and stories Its beginnings and urban structure.

As for “From extinction to prosperity… the civilized dimension of the Kingdom of Saudi Arabia,” it was authored by Prince Sultan bin Salman, in partnership with Dr. Ali Al-Ghabban, and documents all national initiatives, programs and projects, and highlights the journey of heritage transformation from extinction to prosperity, and is an important reference in monitoring All initiatives that preserve the Saudi national heritage, and reflect the civilizational dimension of the Kingdom.

As for the book, which was launched yesterday, “The Splendor or Hassan Fathi Sabasa Blanca”, issued by the Heritage Foundation, Prince Sultan bin Salman presented him. It is the fifth edition in Arabic of a series of books by the late Egyptian architect Hassan Fathi, whose works Prince Sultan took the initiative to document as a pioneer of Heritage Pioneers.
… More