Lebanon is voting today under political and livelihood headings 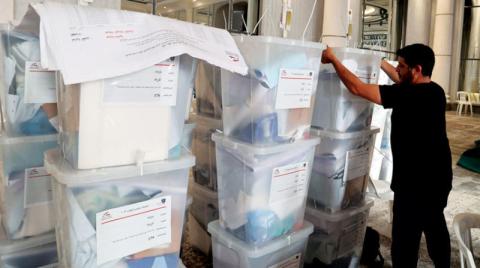 Today, the Lebanese are heading to the polls to choose 128 deputies for the new parliament, in the first elections since the “uprising” of October 17, 2019 and the explosion of Beirut in the summer of 2020 and the accompanying economic collapse and a stifling living crisis. Political and living headlines dominate these elections, in light of Arab and international diplomatic interest in the choices that will result from them.

Christian constituencies top the list of competition, as electoral confrontations rage between the “Lebanese Forces” party and the “Free Patriotic Movement” backed by Hezbollah, and the “Marada” movement, which is also close to this party, in addition to the Kataeb Party, whose candidates are fighting the battle with affiliated candidates. On the “civil movement” in most circles.

The “Forces” party, the “Free Patriotic Movement” and the “Marada” movement, headed by former Minister Suleiman Franjieh, are running in the elections in the third northern district, which is witnessing the fiercest competitions, and is gaining additional symbolism as it includes three potential candidates for the Lebanese presidency (Geagea, Bassil and Franjieh), and they are competing in The constituency is also with the Kataeb Party, and lists of independents and change forces, and it is almost one of the constituencies in which statistics and opinion polls have not resolved an approximate scene of the results, amid tension and expectations of surprises surrounding it.

In a speech he addressed on the eve of the elections, President Michel Aoun called on voters to participate massively and choose those they trust and find qualified to defend their rights. He warned against what he called “the heresy of canceling one of the components” and said that this affects the stability of the country.