Lebanese benefiting from the financial crisis 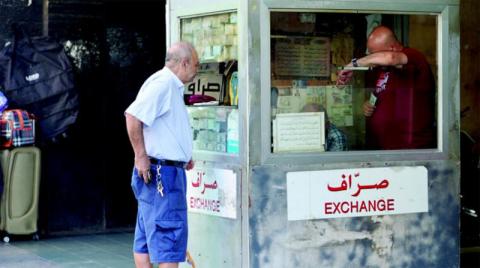 The financial crisis in Lebanon led to a large number of Lebanese losing their money held in banks, but others took advantage of the crisis to earn movable and immovable money, each according to his influence and financial capabilities.

The list of beneficiaries includes many categories, led by politicians, bankers and merchants who work in several sectors, especially those that were subject to subsidy from the Lebanese state, as many accused these merchants of having made the subsidy issue “an opportunity to monopolize products and reap huge profits by purchasing and storing subsidized goods and from Then sell it at a high price.

Some groups also benefited in a limited percentage, such as those who were able to pay off a loan in Lebanese pounds, within a year or two, after it was assumed that they would spend many years to finish paying off, such as home loans and personal loans such as cars and others.

The money changers benefited from the fluctuations in the exchange rate of the dollar, and many traded in “bank checks”, which became the only means for money holders to recover part of their savings, with a loss of more than half of their value.

Economist Walid Abu Suleiman told Asharq Al-Awsat that “the most prominent beneficiaries are debtors to banks, especially those who have bank loans, in addition to real estate developers who were suffering from a crisis in their sector, so that what happened was positively reflected on them as depositors resorted to buying real estate through checks.” The developers were able to repay their loans and save money. The third beneficiary is the banking companies.

On the other hand, the World Bank violated the expectations of the Banque du Liban to achieve a growth of 2 percent this year, indicating that the continuation of political paralysis and the failure to implement the recovery plan will delay reaching a solution to the crisis.