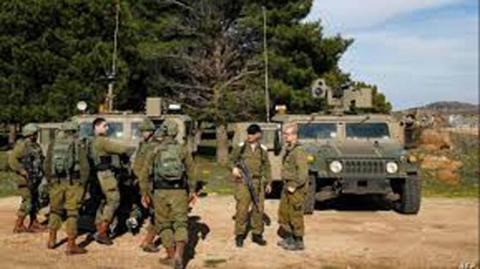 Israeli security sources have expressed concern that Hamas will open a front from southern Lebanon in the event of an upcoming confrontation with the Gaza Strip.

The Arabic-speaking Israeli public broadcaster Makan said that “Hamas” has intensified its activities in Lebanon after its relations with Turkey have become cold.

There are two recent prominent incidents that raised the alarm among the Israeli security services, namely the firing of rocket-propelled grenades from the Ras al-Ain area, south of Tyre, and the explosion that occurred inside a mosque in Burj al-Shamali camp, which was used as a warehouse for weapons, including missiles.

The competent authorities in Israel are trying to deal with this danger without fanfare, but with close follow-up of the military activities of Hamas in southern Lebanon.

The Israeli security services have developed a scenario that takes into account that in the event of a new round of confrontations in the Gaza Strip, Hamas will open a new front in the north, in coordination with Hezbollah.

Israel says that recent years have witnessed a development of Hamas sleeper cells in the camps in Lebanon, especially the regions of Tire and Sidon, thanks to the number 2 Hamas leader abroad, Saleh al-Arouri, who Tel Aviv has put on the assassination list.
…More