Hisham Selim leaves, leaving a lump … and “a laughter that rings” 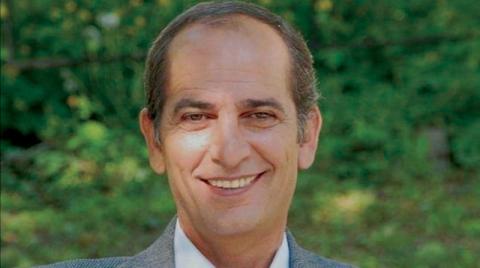 The Egyptian artistic community bid farewell to the artist Hisham Selim, yesterday (Thursday), after death wrote the end of the fierce battle he fought against cancer in the last two years, to leave quietly, leaving a lump in the hearts of his colleagues and fans, and an innocent laugh whose echoes still ring around, identified by The tape of his life documented by the cinema, starting with the innocence of childhood, through adolescence and youth, then maturity, and even his facial features changed by time.

A large number of artists, athletes and public figures mourned the late artist with moving words, remembering his most prominent artistic roles and his bold humanitarian stances.

While Ashraf Zaki, the captain of the actors, commented on his departure, saying: “Farewell, friend of life.” The Lebanese singer, Magda El Roumi, called him, with words that are not like words, saying: “Hisham, the beautiful time, how much my heart hurt today, with your early departure, only yesterday we were, and Youssef Chahine was and was (The Return of the Prodigal Son) gives you and me a fresh hope on the paths of life, so how did it happen that time turned around for us like this, so that with the days the pain became folds pain and fear folds fears.” She added, “Have you passed or the beautiful time we lived with, with our innocent laughter and laughter? Are you gone, or are you gone forever, with you some of my childish heart?
… More