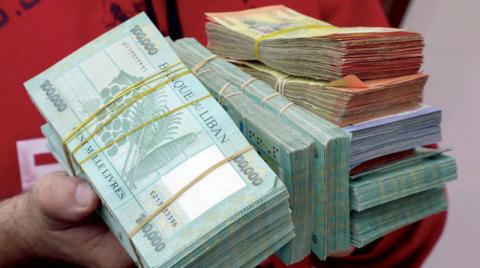 Egypt, Morocco and Lebanon are at the fore in the lists of beneficiaries in terms of size and percentage

The World Bank said it expects officially recorded remittance flows to low- and middle-income countries to increase by 4.2 percent this year, to $630 billion, following a near-record 8.6 percent recovery in 2021, in the World Bank’s latest migration briefing. and development.
Remittances to Ukraine, the largest recipient in Europe and Central Asia, are expected to rise by more than 20 percent in 2022, but remittance flows to many Central Asian countries, of which Russia is the main source, are likely to decline significantly. These declines, combined with rising food, fertilizer and oil prices, are likely to increase food security risks and exacerbate poverty rates in many of these countries.
Commenting on this, Michal Rutkowski, Global Director of the Social Protection and Jobs Global Practice at the World Bank, said: “The Russian invasion of Ukraine has triggered humanitarian crises, migration and refugee exodus, and large-scale risks for a global economy that is still dealing with the consequences of the Corona pandemic. Strengthening social protection programs to protect the most needy, including Ukrainians and families in Central Asian countries, as well as those affected by the economic effects of war, is a key priority to protect people from the risks of food insecurity and increasing poverty.
During 2021, inflows of remittances registered a strong improvement in Latin America and the Caribbean (25.3 percent), Sub-Saharan Africa (14.1 percent), Europe and Central Asia (7.8 percent), the Middle East and North Africa (7.6 percent), and South Africa. Asia (6.9 percent)…but remittances to East Asia and the Pacific fell by 3.3 percent; Although it increased when China was excluded, by 2.5 percent. Excluding China, remittance flows have been the largest source of external financing for low- and middle-income countries since 2015.
The top 5 recipients of remittances in 2021 were India, Mexico (which replaced China), China, the Philippines, and Egypt. Among the economies with very high remittance flows of GDP are: Lebanon (54 percent), Tonga (44 percent), Tajikistan (34 percent), Kyrgyzstan (33 percent), and Samoa (32 percent). cent).
“On the one hand, the Ukraine crisis has shifted global policy attention away from other developing regions and from economic migration,” said Dilip Ratha, senior author of the Migration and Development Report and president of the Global Knowledge Partnership on Migration and Development. On the other hand, the crisis reinforced the justifications for supporting destination communities that witness a large influx of migrants. As the international community prepares to meet at the International Migration Review Forum, serious consideration should be given to establishing a Concessional Financing Facility to Support Migration to assist destination country communities. This program can also provide financial support to communities of origin experiencing return migration during the Corona crisis.”
Globally, the average cost of sending $200 was 6 percent in the fourth quarter of 2021, double the SDG target of 3 percent, according to the World Bank’s database of global remittance prices. The costs of sending money to South Asian countries (4.3 percent) are the lowest, while the cost of sending to Sub-Saharan Africa (7.8 percent) is the highest.
The war in Ukraine has also affected international payment systems, with attendant implications for cross-border remittance flows. Russia’s exclusion from the SWIFT system has added a national security dimension to participation in those systems.
Ratha added that “reducing transfer fees by two percentage points could translate into $12 billion in annual savings for international migrants from low- and middle-income countries, and $400 million for migrants and refugees from Ukraine. But cross-border payment systems are likely to become multipolar and less interoperable, slowing progress in reducing remittance fees.”
In the Middle East detail, remittances to developing countries in the Middle East and North Africa increased 7.6 percent to $61 billion, thanks to strong improvements in Morocco (40 percent) and Egypt (6.4 percent). The factors supporting these flows were the high economic growth in the host countries in the European Union, as well as transit migration which boosted the inflows to the temporary host countries. In 2022, remittance flows are likely to decline slightly and will be in the range of 6 percent.
Remittances have long been the largest source of external resource inflows for developing countries in the Middle East and North Africa – among the official development assistance, foreign direct investment, equity and debt inflows – accounting for 61 percent of total inflows in 2021. The average cost of Sending $200 to the region rose to 6.4 percent in the fourth quarter of 2021, down from 6.6 percent a year earlier.