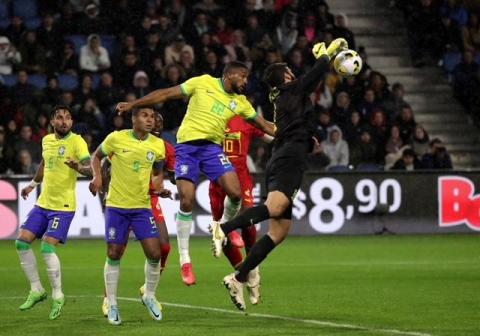 Brazil expanded the difference in the world rankings issued by the International Federation of Football Associations (FIFA), today (Thursday), ahead of Belgium, Argentina, France and England.
The last program of international matches included 53 matches in the European Nations League and 119 friendly matches, about two months before the start of the Qatar 2022 World Cup scheduled for November 20.
Brazil has 1841.3 points, compared to 1816.71 for Belgium, which dominated the lead between October 2018 and March 2022, and 1773.88 for Argentina, the Copa America champion.
The list of the top five countries did not change from last June’s ranking. The only change among the top ten saw Italy, the European champions absent from the World Cup, occupying sixth place instead of Spain.
Brazil will enter the finals dressed as the leader in the rankings, as it seeks to enhance its world record with six titles, knowing that it recently outperformed Ghana (3-0) and Tunisia (5-1) in friendly.
Iran entered the 20th club to be the best in Asia, in front of Japan, South Korea, Australia, Qatar (50) and Saudi Arabia (51).
As for Africa, Senegal ranks first (18), in front of Morocco (22), Tunisia (30), Nigeria (32) and Algeria (37).